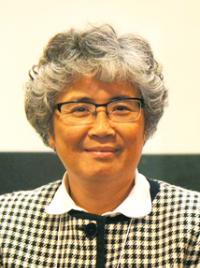 In the past 5 years, I was able to document subtle increases in the intra-renal activity of the renin-angiotensin system as the first pathophysiological change that pre-dispose pre-ascitic cirrhotic patients to a sodium retention tendency. This led to my next study which assessed the effects of an angiotensin II receptor antagonist, losartan, on the renal sodium excretion in these patients and was able to show an increase in sodium excretion with an acute dose of losartan.

My current research theme is to assess the contribution of myocardial dysfunction in the pathogenesis of sodium retention in cirrhosis.

I have shown that cirrhotic patients have both systolic and diastolic dysfunction, and that the dysfunction is associated with sodium retention and an inability to perform work. That is, these patients are unable to increase their cardiac output for a given amount of physical work. Their oxygen consumption is reduced. As a result, they have a lower anaerobic threshold with metabolic consequences.

One of the potential mechanisms is an activated sympathetic nervous system which can cause both diastolic and systolic dysfunction. My next project is to assess the effects of a beta-blocker in improving myocardial performance, and hence work performance. This will be followed by blockers of other putative mediators, such as an angiotensin II receptor antagonist, antibodies to cytokines, etc. The ultimate goal of all these research is to find the reason for sodium retention and institute both prophylactic and therapeutic measures.

The use of a vasopressin V2 receptor antagonist to increase free water clearance in cirrhotic patients with ascites has been shown not only to correct hyponatremia; it has also been shown to decrease the frequency of paracentesis in those patients who require frequent paracenteses. I am one of a handful of Canadian investigators who are currently involved in the international multicentre trial of the long-term use of vasopressin V2 receptor antagonist in the management of ascites.

For a list of Dr. Wong's publications, please visit PubMed or Scopus.