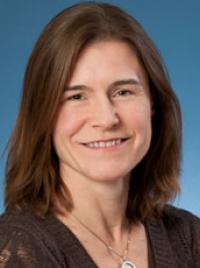 https://orcid.org/0000-0002-9068-6872
Keywords: stereotactic body radiation therapy (SBRT), normal tissue toxicity, image-guided radiotherapy, liver metastases, hepatobiliary cancer
The development of high-precision radiation techniques enables radiation to be investigated as a treatment for tumours previously unsuitable for radiotherapy due to proximity to critical adjacent normal tissues. An example is primary and metastatic liver cancer, a site where local therapy with surgery has the potential to cure patients, but the majority of patients are inoperable. A phase I/II study of hypofractionated high-precision radiotherapy for patients with liver cancer is open and, as part of the study, the toxicities and benefits of this treatment are being investigated. The treatment protocol involves the use of high-precision intensity modulated radiation, image guidance and breath hold radiation to minimize liver motion due to breathing.

The role of kV cone beam CT for image guidance is being investigated, as are novel methods of describing normal tissue complication probability following radiotherapy.

For a list of Dr. Dawson's publications, please visit PubMed or Scopus.