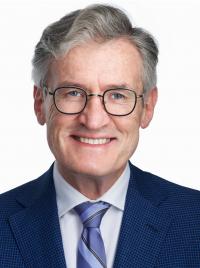 Professor O’Sullivan is a past President of the Connective Tissue Oncology Society (CTOS), the immediate past-Chair of the Head and Neck Oncology Committee of the Canadian Clinical Trials Group (CCTG) and immediate past co-Chair of the US NCI Head and Neck Steering Committee of the Coordinating Center for Clinical Trials, CTEP. He has also held numerous leadership positions at the American Society of Radiation Oncology (ASTRO) and the American Society of Clinical Oncology (ASCO). He is the recipient of numerous international awards: the O.Harold Warwick Prize; the ESTRO Honorary Membership Award; the Fellow of ASTRO Award; the Gordon Richards Lecturer of the Canadian Association of Radiation Oncologists (CARO); the Juan Del Regato Gold Medal; the Inaugural Stiefel Lectureship and the Gilbert Fletcher Distinguished Professor Lecturer at MD Anderson Cancer Centre; the Ira Spiro Distinguished Memorial Lecturer Award at Harvard Medical School; the Award of Honor for the Annual Oration in Radiation Oncology of RSNA; the annual Tata Memorial Foundation Hospital Day Oration Lectureship of the Tata Memorial Hospital Community, Mumbai, India; the Wharton Head and Neck Lectureship of the University of Toronto; and the John Conley Lectureship of the American Head and Neck Society. Dr. O’Sullivan received the ASTRO Gold Medal in 2020, the highest honour awarded to members of the Society.

He has published almost 450 peer-reviewed papers, more than 80 book chapters and invited papers, and written or edited ten oncology textbooks. He is a Commissioner of the International Commission on Radiation Units & Measurements (ICRU). He is a member of the TNM Committee of the Union for International Cancer Control (UICC), Chair of the UICC Prognostic Factors Sub-Committee, Editor-in-Chief of the UICC Manual of Clinical Oncology, and the UICC liaison to the American Joint Committee on Cancer (AJCC) for head and neck cancer, and bone and soft tissue sarcoma. He is the Leader of the Princess Margaret Hospital – University of Hong Kong / Shenzhen Hospital Radiation Oncology Sanming project in China where he is a member of the Honorary Consultant Faculty.

His interests include the biology and clinical behaviour of sarcoma and head and neck cancer, cancer staging and prognostic factor, risk stratification and treatment optimization, clinical trial and translational research, quality improvement and global cancer control.

For a list of Dr. O'Sullivan's publications, please visit PubMed or Scopus.