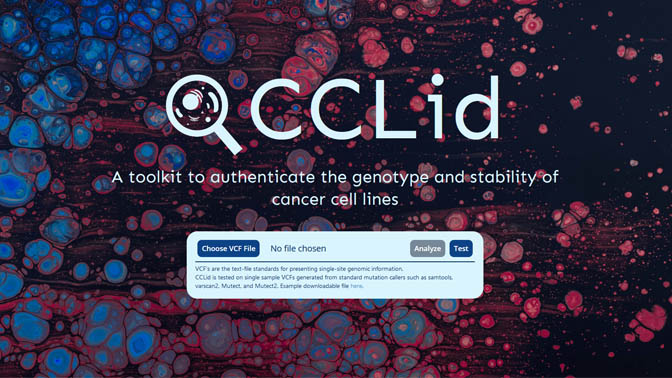 Image Caption:
The CCLid web application (pictured above) is available at www.cclid.ca and enables users to screen the genomic profiles of their cell lines against existing datasets.

The ability to repeat experiments is key to good science. This core principle, known as reproducibility, allows other laboratories to verify results and instill confidence in the findings.

Experimental models serve as unchanging frameworks in these experiments. Like goal posts, they enable the game to be played with the same rules each time. But what happens when the goal posts shift?

That is what Drs. Benjamin Haibe-Kains and Trevor Pugh asked in a recent study that explored how cancer cell lines—the most commonly used experimental model in biomedical research—change or ‘drift’ genetically.

“While genetic drift in cell lines is a concern for anyone using these experimental models, laboratories rarely measure genetic drift because it can be challenging to do from a logistics standpoint,” says Dr. Haibe-Kains. To address this, his team created an online Cancer Cell Line Identification toolkit (CCLid), which provides standards for a wide array of cell lines and streamlines the process of measuring genetic drift.

“To create CCLid, we used data from three existing large-scale studies. These pharmacogenomic studies genetically defined cancer cell lines and gauged the effect of anticancer drugs on these cells. Analysis of this data enabled us to measure genetic drift in 1,497 unique cell lines,” says Rene Quevedo, lead author of the study and a doctorate student in the laboratories of Drs. Haibe-Kains and Pugh.

“Because genetic differences, including genetic drift, can influence how cells behave, we also explored how these differences affected response of the cells to different drugs,” says Dr. Haibe-Kains. “Although the association was weak, it was significant, which tells us that in certain situations genetic drift can affect drug response.”

By setting a new bar for the measurement of genetic drift, the CCLid toolkit will help cancer researchers track how genetic differences affect their findings—ultimately promoting scientific rigor and reproducibility.

This work was supported by the Gattuso Slaight Personalized Cancer Medicine Fund at the Princess Margaret Cancer Centre, the Canadian Institutes of Health Research, the Natural Sciences and Engineering Research Council of Canada, Stand Up To Cancer Canada, and The Princess Margaret Cancer Foundation. BHK is a Tier 2 Canada Research Chair (CRC) in Computational Pharmacogenomics. TJP is a Tier 2 CRC in Translational Genomics. 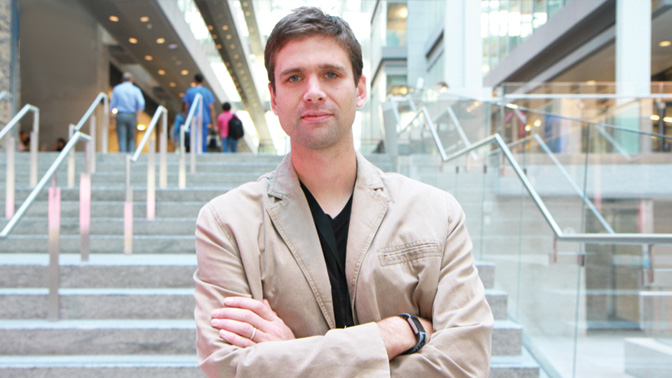 Dr. Benjamin Haibe-Kains is a Senior Scientist at the Princess Margaret Cancer Centre, and the creator of CCLid—a resource that allows cancer researchers to gauge genetic drift in established cell lines (photo from 2017).