Recognized for Pushing the Envelope 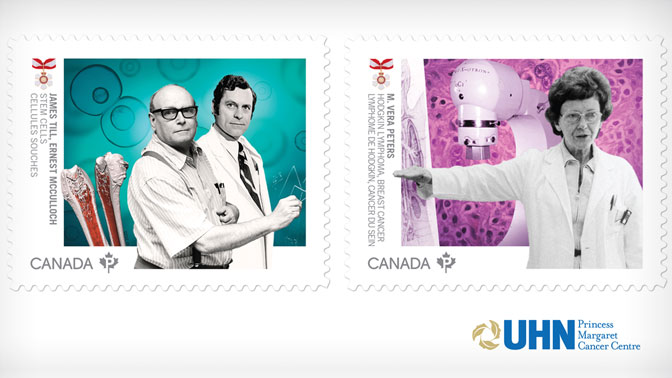 “All of these physicians and researchers changed the face of health care in Canada and globally,” says Dr. Wang. “Along with the beautiful stamp designs, we want to share with Canadians the stories behind these remarkable individuals and their achievements.”

As one of only ten women in her medical school graduating class of 1934, Dr. M Vera Peters persisted through barriers and criticism to revolutionize cancer treatment. Dr. Peters discovered that radiation could cure Hodgkin lymphoma, a cancer previously thought to be incurable, and later observed that radiation in conjunction with breast-conserving lumpectomies was effective for treating early-stage breast cancer, sparing many women from radical mastectomies.

In a landmark study looking at the effects of radiation on bone marrow, Drs. James Till and Ernest McCulloch identified blood-forming stem cells—a discovery that laid the foundation for stem cell science and explained the basis of bone marrow transplants for treating blood cancers. Stem cell research has paved the way for regenerative medicine and the development of potential stem cell-based treatments for diseases such as diabetes, multiple sclerosis and Parkinson disease.

Dr. Wang reflects, “There could not be a better time to share these stories with Canadians. Through these stamps we salute all health care professionals who devote their lives and their work to our well-being.” 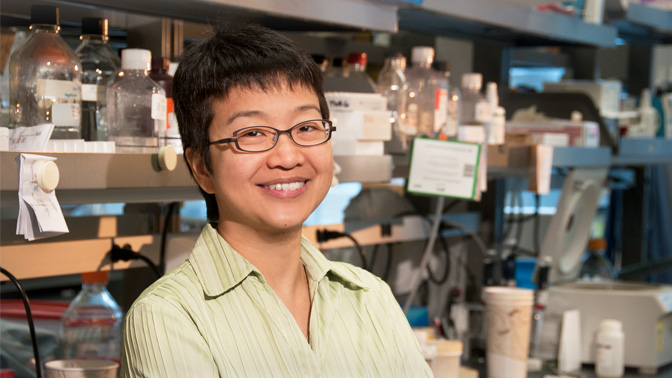 Dr. Jean Wang, Clinician Scientist at Princess Margaret Cancer Centre proposed the idea for the Medical Groundbreakers stamp issue. She is an avid stamp collector and a member of the Canada Post Stamp Advisory Committee.