A Wave of Discovery | UHN Research

A Wave of Discovery

Home page Description:
Study reveals key determinants of a pattern of brain activity that is important for memory. 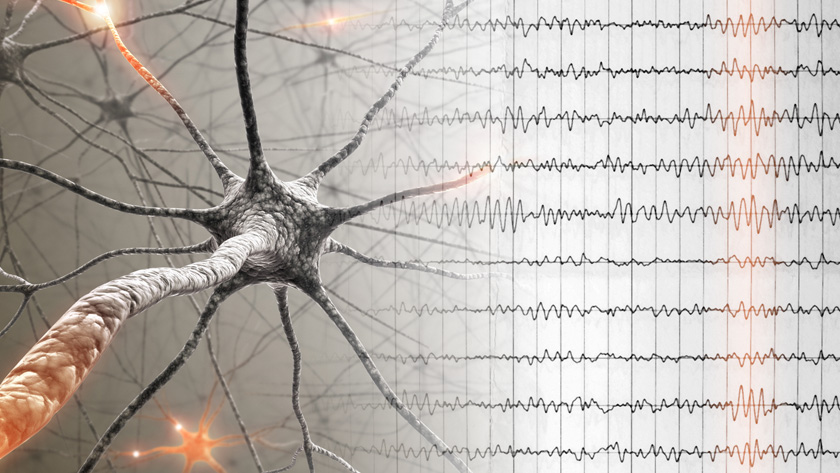 Image Caption:
Neurons are brain cells that communicate through electrical and chemical signals. When large groups of neurons are activated simultaneously, they generate patterns—or rhythms—of brain activity, which can be distinguished based on their frequencies.

Researchers from the Krembil Brain Institute have uncovered how distinct cell populations contribute to a pattern of brain activity known as the hippocampal theta rhythm.

The hippocampal theta rhythm is produced when concerted groups of neurons in the hippocampus—a brain region involved in information processing and memory formation—cycle between periods of activity and inactivity.

Krembil Brain Institute Senior Scientist Dr. Frances Skinner and her former PhD student, Dr. Alexandra Chatzikalymniou, used mathematical models to simulate the activity of neurons in a specific region of the hippocampus that is known to produce theta activity.

“There is still a lot to be learned about hippocampal theta activity, such as which cell populations are involved and how,” explains Dr. Skinner. “By combining aspects of two existing models of the hippocampus—one general and one more detailed—we developed a strategy to explore the complex interactions that occur between neurons in a specific brain region. Using this strategy, we were able to reveal how different neurons interact to produce theta rhythms.”

Notably, the team used Canada’s most powerful supercomputer, known as Niagara, to complete their experiments, which required 200 years of computer time. The supercomputer was made available through the University of Toronto’s SciNet service, which was funded by the provincial and federal governments.

“Our study shows that hippocampal theta activity is initiated by excitatory neurons, which take in information from nearby inhibitory neurons to set the clock, or frequency, of the rhythm,” comments Dr. Chatzikalymniou. “When excitatory cells receive increased or decreased current inputs, the frequency changes proportionally.”

Going a step further, the team showed that the way that excitatory neurons respond to a given level of inhibitory input depends on their electrical and structural properties, such as the number of interconnections between excitatory cells. These properties can influence how neurons transmit electrical signals and relay information.

These findings bring us one step closer to unraveling how neurons interact to control hippocampal theta rhythm and related cognitive functions, such as learning and memory.

“By combining the advantages of existing models of neuron activity, we have developed a new approach to study the biology of brain rhythms,” explains Dr. Skinner. “We tested this approach on a model of the hippocampus, so the next step is to confirm our findings experimentally. Eventually, we can apply our knowledge of how hippocampal theta activity is controlled to improve our understanding of conditions in which it is disrupted, such as Alzheimer disease and epilepsy.”

This work was supported by the Natural Sciences and Engineering Research Council of Canada and the UHN Foundation. Computations were performed on the Niagara supercomputer at the SciNet HPC Consortium, funded by the Canada Foundation for Innovation, the Ontario Research Fund and the University of Toronto. 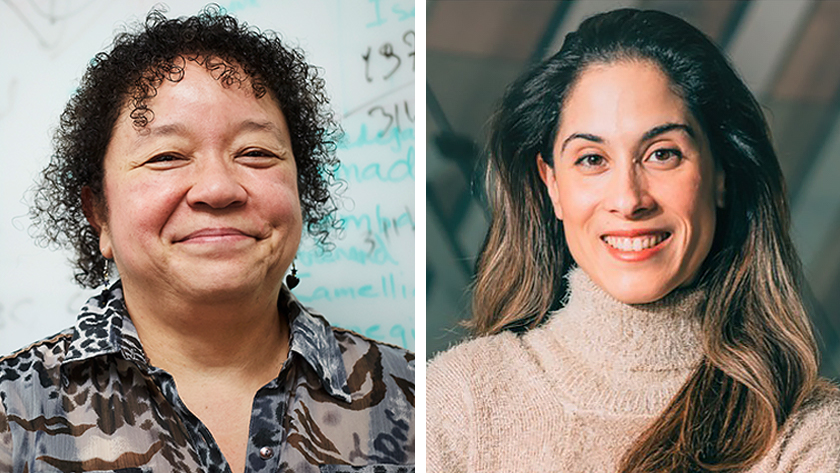 Dr. Frances Skinner (L) is a Senior Scientist at the Krembil Brain Institute. Dr. Alexandra Chatzikalymniou (R) is a Postdoctoral Scholar in the Department of Neurosurgery at Stanford University.