From Stem Cells to Liver Cells 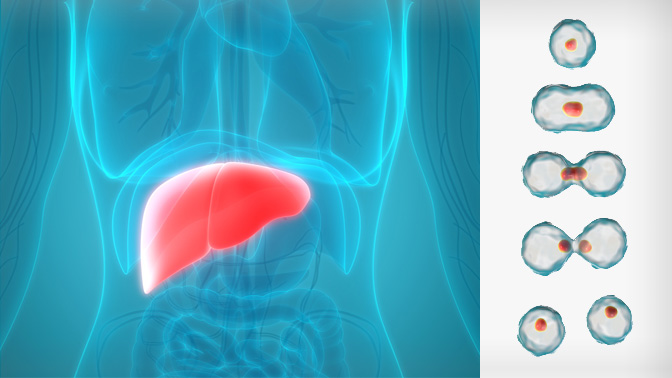 A team at UHN’s McEwen Stem Cell Institute has found a way to generate the cells that make up the blood vessels in the liver. The cells may hold the key to new treatments for hemophilia A.

The researchers used human pluripotent stem cells—which are the origin of most cells in the human body—to make the blood vessel cells. These cells are known as liver sinusoidal endothelial cells.

“In the bleeding disorder hemophilia A, the body lacks a clotting factor known as Factor VIII, which is produced by the liver sinusoidal endothelial cells. Our current findings reveal a way to make large amounts of these cells in the lab using experimental models—and we were able to validate that they can make the missing clotting factor,” says Dr. Blair Gage, a postdoctoral fellow in Dr. Gordon Keller’s lab at the McEwen Stem Cell Institute at UHN and first author of the study.

The lead author of the study, Dr. Gordon Keller concludes, “This finding moves us closer to understanding the role of these cells in liver function and to developing new therapies to treat a number of conditions, such as hemophilia A and possibly other forms of chronic liver disease.”

This study was funded by the University of Toronto’s Medicine by Design Initiative, which receives funding from Canada First Research Excellence Fund and the Canadian Institutes of Health Research. One author also received postdoctoral support from the Canadian Institutes of Health Research. This work is supported by the McEwen Stem Cell Institute and the Toronto General & Western Hospital Foundation. 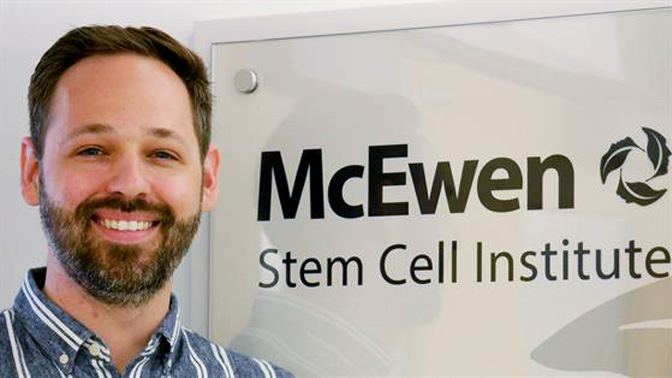 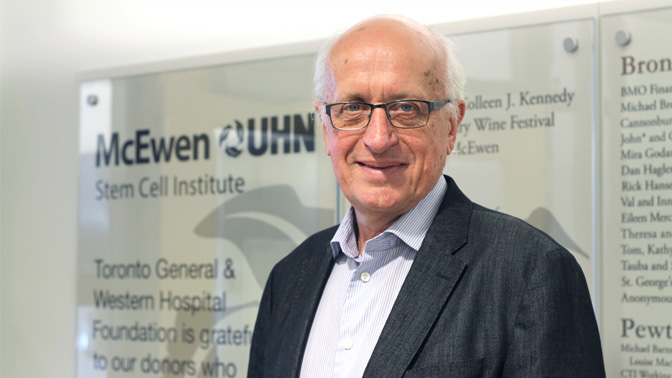 Dr. Gordon Keller, Director of the McEwen Stem Cell Institute and lead author of the study.