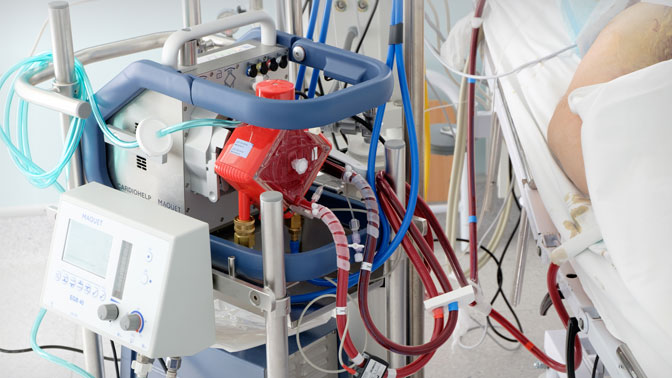 Image Caption:
The ECMO machine functions as an artificial lung by delivering oxygen directly to the blood and clearing carbon dioxide from the blood.

Dr. Eddy Fan, Scientist at Toronto General Hospital Research Institute, recently led a study on the neurological outcomes of patients who receive life support for lung failure. The researchers found that complications such as seizures are more likely when the level of carbon dioxide in the blood changes quickly after starting life support.

Our body maintains a delicate balance of oxygen and carbon dioxide in our bloodstream. The lungs deliver oxygen to the blood, and clear carbon dioxide from the blood. When the lungs cannot perform these functions, such as during lung transplant surgery or severe COVID-19 infection, a device known as an extracorporeal membrane oxygenation (ECMO) machine is needed to provide life support by serving as an artificial lung.

“Just before a patient receives ECMO support, there is typically too much carbon dioxide in the blood. Once ECMO is initiated, the machine is able to correct this fairly quickly.” says Dr. Fan.

The research team analyzed de-identified data from 11,792 adults receiving ECMO support between 2012 and 2017 worldwide. Neurological complications such as bleeding in the brain, stroke and seizures occurred in 6.9% of these individuals.

Important limitations of the study include incomplete data for some patients and several unaccounted confounding factors. Even though the current study does not prove a causal association between sudden changes in carbon dioxide levels in the blood and poorer outcomes of brain function, other studies have supported a causal association.

“Our findings suggest that on the first day of a patient starting ECMO support, clinicians should carefully moderate the correction of carbon dioxide levels in the blood,” cautions Dr. Fan.

This work was supported by the Extracorporeal Life Support Organization (ELSO) and the Toronto General & Western Hospital Foundation. 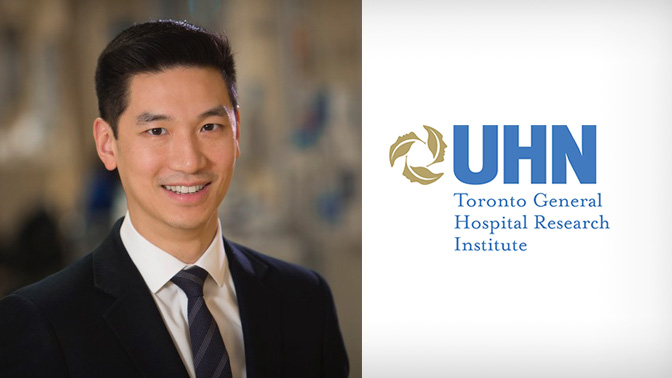 Dr. Eddy Fan, Scientist at TGHRI, is the senior author of the study.