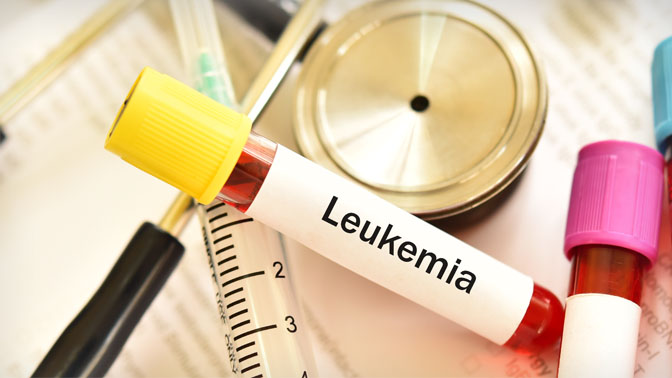 Image Caption:
The five-year survival rate of acute myeloid leukemia is 21% in Canada, with approximately 1,000 new cases diagnosed each year.

All too often individuals with cancer hear the term ‘drug resistance’—i.e., when cancer cells acquire the ability to survive and grow in the presence of drugs designed to kill them. Resistance is a serious problem for those with acute myeloid leukemia (AML)—an aggressive cancer of the blood and bone marrow.

About a third of AML cases do not respond to conventional chemotherapy, and many cancers that respond well to treatment initially, eventually worsen as the cancer becomes resistant. Unfortunately, next-generation therapies that have proven effective in treating AML also face the same challenge of resistance. One such example is a new drug known as venetoclax, which has shown promise in several types of blood cancers.

Princess Margaret Cancer Centre’s Dr. Steven Chan and his team sought to address this issue by finding a way to combat venetoclax resistance in AML. To do this, the researchers performed a large genetic screen and discovered that turning off genes that are essential to the function of mitochondria—tiny structures in the cell that produce energy—made leukemia cells more sensitive to the drug.

“These findings are clinically translatable as many of the commonly used antibiotics that are prescribed for bacterial infections interfere with mitochondrial function. Because antibiotics are already clinically approved, we saw an opportunity to combine them with venetoclax to see whether leukemia cells would be less resistant,” explains Dr. Chan.

Using experimental models of human AML, the team showed that the combination of venetoclax with antibiotics was more effective in killing leukemia cells than venetoclax alone. The addition of another anticancer drug that inhibits DNA modification further heightened cancer cell death.

“Future work will focus on testing this new drug combination in patients within a clinical trial setting, which we hope will demonstrate improved clinical outcomes for adults with AML,” says Dr. Chan.

To watch a video of Dr. Chan describing his research study, click here.

This work was supported by the Cancer Research Society, the Leukemia and Lymphoma Society of Canada, the Canadian Institutes of Health Research, and The Princess Margaret Cancer Foundation. 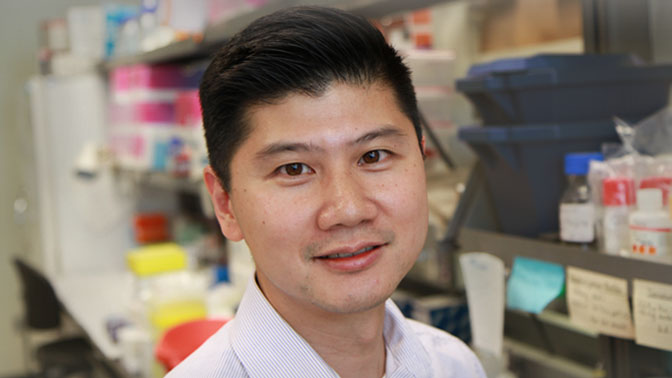