Light in the Depth | UHN Research

Light in the Depth 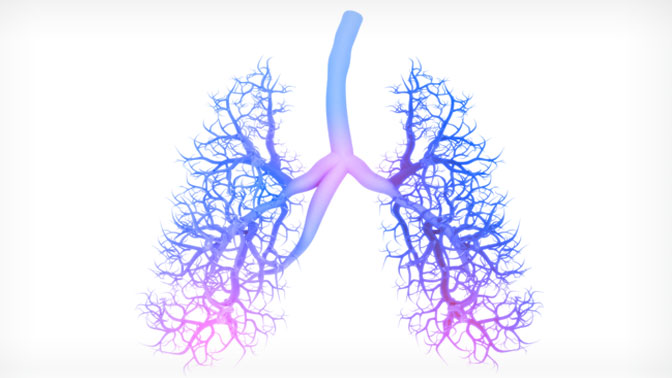 Image Caption:
The airway in the lungs branches many times, each time getting smaller and making it more challenging to reach tumours for treatment.

A new version of tool called a fiberscope that will let surgeons treat even more lung cancer patients using cutting-edge photothermal therapy has been developed by researchers at Techna and Princess Margaret Cancer Centre in collaboration with a Japanese company.

The fiberscope channels light from a laser deep into the lungs. There, that light is converted into cancer-cell-killing heat by special chemicals injected into the tumour.

Photothermal therapy is being improved through development of nanoparticles called porphysomes. These next-generation biodegradable nanoparticles accumulate in tumours, where they convert light to heat. The small particles also fluoresce, giving off special light that can guide surgeons to the tumour.

A current challenge is that two separate optical fibres are required: one to visualize and find the tumour, and one to deliver the laser light. Once the first fibre is used to find the tumour, repositioning the second fibre increases the chance of missing the tumour. Another challenge is presented by how the airways in the lung branch and become narrower. Current fiberscopes, limited by their size and lack of flexibility, can only reach about two branches in. That limitation means that photothermal therapy can be challenging for tumours that are located deep in the lung.

The new fiberscope—developed by Dr. Kazuhiro Yasufuku at University Health Network and OK Fibre Technology Co. of Japan—addresses these issues. It combines two types of optical fibres into a single scope, which can locate the tumour and target it with photothermal therapy. It is also smaller and more flexible, allowing the team to treat tumours that are approximately six centimeters deeper in the lung, or about six to nine branches inside the airway.

“This research is a great example of how innovative partnerships based on UHN technology can help patients. The technology has the potential to greatly improve access to this cutting edge and minimally invasive anticancer therapy,” concludes Dr. Yasufuku. 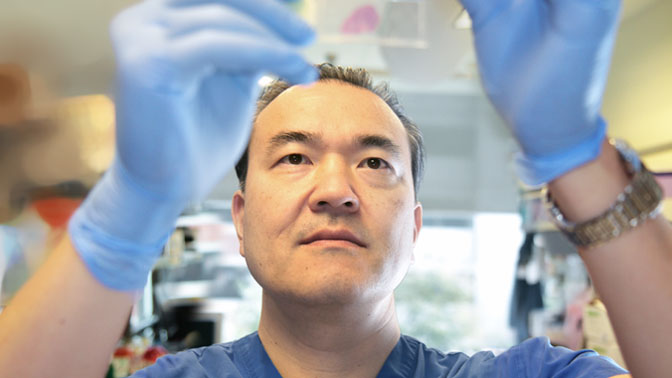 The lead author of the study Dr. Kazuhiro Yasufuku (pictured) is Affiliated Faculty at the Techna Institute and a Scientist at the Toronto General Hospital Research Institute.