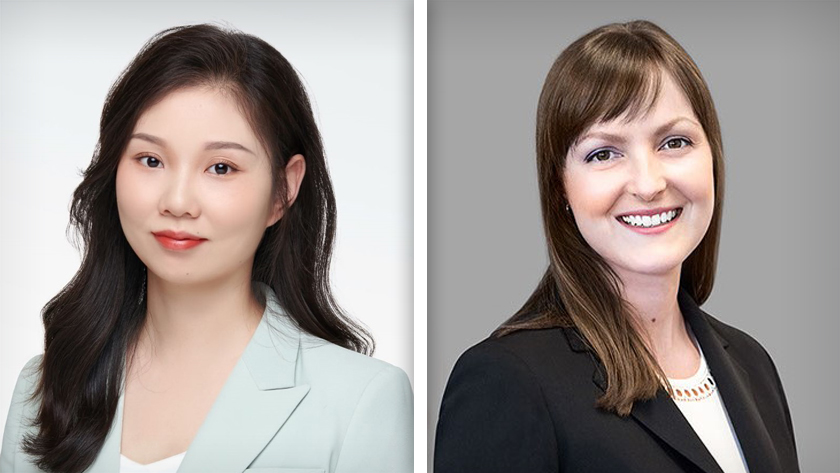 A recent study co-led by researchers at the Princess Margaret Cancer Centre has identified a potential target for a common form of blood cancer known as acute myeloid leukemia (AML).

While there have been improvements in cancer therapies in recent years, less than a quarter of individuals with AML survive beyond five years of diagnosis.

“The reason why AML is so lethal is due to a rare population of cells known as leukemia stem cells—LSCs—which give rise to AML and sustain the disease,” says Dr. Kristin Hope, Senior Scientist at the Princess Margaret Cancer Centre and co-corresponding author of the study. “Given their resistance to chemotherapy, LSCs are key players in disease relapse.”

“To find better treatments that specifically target these cells, we looked at the expression levels of a group of proteins responsible for alternative RNA splicing.  Alternative splicing is a normal process that happens in the cell and allows different versions of proteins to originate from a single gene; however, this process is often dysregulated in cancer,” explains Dr. Lina Liu, a postdoctoral fellow in Dr. Hope’s lab and first author of the study.

The team found that the expression of the splicing protein known as RNA-binding motif protein 17 (RBM17) was higher in LSCs and was associated with poor prognosis of AML patients. When researchers deleted RBM17 from AML cells experimentally, the cancer was no longer able to form colonies and grow.

They dug deeper and discovered that RBM17 controls the expression of other genes that promote leukemia—specifically one called EIF4A2—by efficiently splicing out or removing cryptic genetic sequences that would otherwise prohibit its expression. The team found that like RBM17, EIF4A2 is elevated in LSCs and when inhibited, also reduced the ability of LSCs to grow and survive.

“By focusing on mechanisms of alternative splicing in AML, we were able to identify two promising candidates that could be targeted as part of new treatments for AML,” says Dr. Hope.

This work was supported by the Canadian Institutes of Health Research; the National Health & Medical Research Council (Australia); the Leukemia & Lymphoma Society; the Leukemia Foundation; the Snowdome Foundation; the Ontario Institute for Cancer Research; the National Institutes of Health; the Natural Sciences and Engineering Research Council of Canada; the Cancer Research Society; the Canada Foundation for Innovation; the Ontario Ministry of Economic Development, Job Creation and Trade; the Marta and Owen Boris Foundation; and The Princess Margaret Cancer Foundation. Dr. Kristin Hope is an Associate Professor at the University of Toronto.

Dr. Yeo is co-founder, member of the Board of Directors, on the Scientific Advisory Board, equity holder, and paid consultant for Eclipse BioInnovations. G.W.Y. is a visiting professor at the National University of Singapore. G.W.Y.’s interest(s) have been reviewed and approved by the University of California San Diego in accordance with its conflict-of-interest policies. 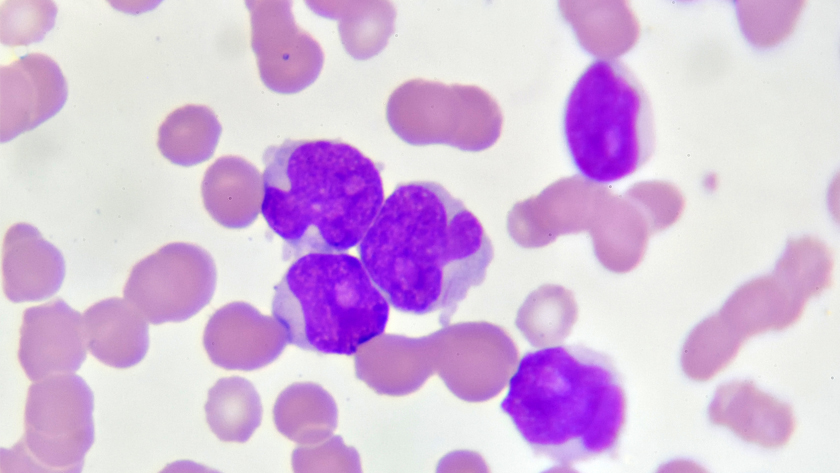 Illustration of acute myeloid leukemia (AML) cells under a microscope. The disease starts in the bone marrow in unhealthy blood stem cells.