The Importance of Being Open | UHN Research

Home page Description:
Study implicates syntaxin as a gatekeeper of information in the brain and spinal cord. 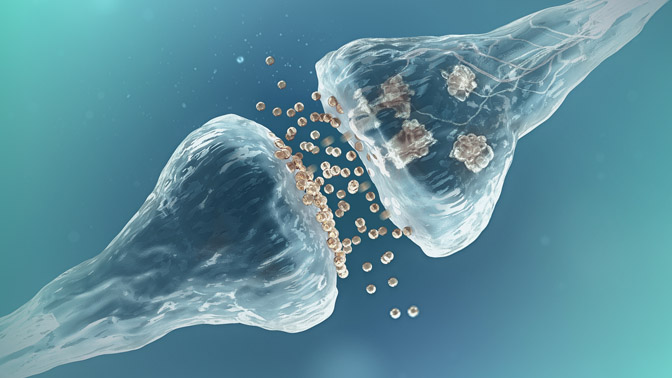 Image Caption:
Electric nerve impulses are passed from neurons to other cells through the release of neurotransmitters across a narrow gap between the cells called a synapse (pictured).

Researchers at the Krembil Research Institute have revealed that a protein—known as syntaxin—could hold the key for new therapies for a variety of neurological disorders.

The study was led by Krembil Senior Scientist Dr. Shuzo Sugita and was recently published in Nature Communications.

Syntaxin plays a key role in how neurons—specialized cells in the brain and nervous system—transmit information throughout the body. Neurons communicate with other cells at narrow gaps known as synapses, where neurotransmitters are released. These neurotransmitters serve to ‘bridge the gap’ between the cells by passing on the signal.

The release of neurotransmitters is key to the process known as synaptic transmission, which enables the flow of electrical information between the brain, spinal cord and body.

At the molecular level, syntaxin serves as a switch and changes shape from a ‘closed’ to an ‘open’ state. Once in the ‘open’ state, syntaxin acts in concert with other proteins to enable the release of the neurotransmitters. When syntaxin or other proteins involved in this process are defective, certain neurological disorders can arise.

“Using an experimental model, we introduced a version of syntaxin that was locked in the ‘open’ state. This version of syntaxin was able to overcome losses in proteins that are implicated in a wide spectrum of childhood epilepsy and autism spectrum disorders,” says Dr. Sugita.

These findings position syntaxin as a key player in synaptic transmission, and suggest that drugs, and other small molecules, could be developed to push syntaxin to the ‘open’ state as part of a strategy to treat certain neurological diseases.

This work was supported by the Natural Sciences and Engineering Research Council of Canada, the Canadian Institutes of Health Research, The Welch Foundation, National Natural Science Foundation of China, the United States National Institute of Neurological Disorders and Stroke, the Dengfeng Initiative of the Global Talents Recruitment Program, and the Toronto General  & Western Hospital Foundation. 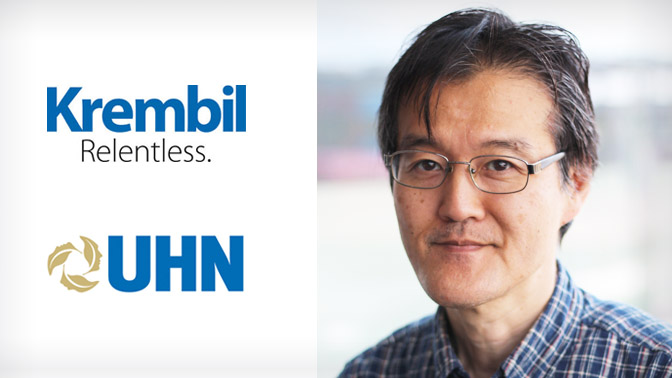 The senior author of the study, Dr. Shuzo Sugita (pictured), is a Senior Scientist at UHN’s Krembil Research Institute.