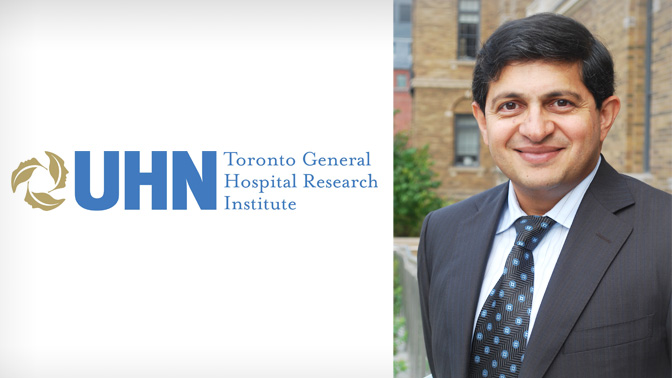 On February 14, 2020, Dr. Mansoor Husain stepped down from his role as the Director of the Toronto General Hospital Research Institute (TGHRI).

Dr. Husain has done an outstanding job leading TGHRI and has championed major initiatives to transform the institute during his tenure. He established a new organizational structure to promote collaboration; led the successful recruitment of several world-class scientists and rising stars—including almost doubling the number of appointed Scientists and bringing the total number of appointed researchers to 143; implemented an annual TGHRI Research Day to promote the institute's research advances; established an awards program to recognize the best and brightest postdoctoral fellows; and helped spark countless, highly successful partnerships with peer institutions, donors and the private sector. Mansoor also led the development of TGHRI's 2016–2020 Strategic Research Plan, with a forward-looking vision to guide scientific excellence.

Mansoor's accomplishments as Director are evidenced by the growth of TGHRI over the past decade or so. For example, annual research funding has risen by more than 40% to reach almost $84 million, and the number of research publications published by TGHRI scientists in 2018 was 1,293—almost 70% more than that in 2010. He also helped to secure eight new Canada Research Chair positions and another nine chair renewals for TGHRI researchers.

Mansoor is stepping down to dedicate more of his leadership and expertise to other roles at UHN, including his roles as the Executive Director of the Ted Rogers Centre for Heart Research, a staff cardiologist and a Senior Scientist at TGHRI.