Snowflakes All the Way Down | UHN Research

Snowflakes All the Way Down 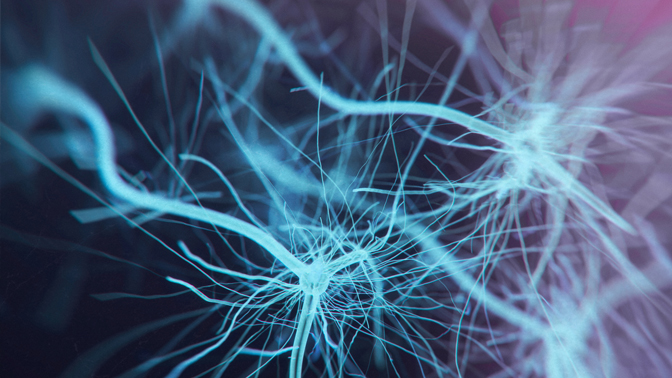 Image Caption:
Neurons are specialized cells whose electrical signals are critical to brain function. Much of what we know about human neurons has come from experimental models rather than living human tissue.

Everyone’s brain is unique, but are brains unique combinations of similar building blocks, or are the building blocks themselves—the brain cells—also unique? A study by UHN’s Krembil Brain Institute and the Centre for Addiction and Mental Health found a remarkably high degree of diversity of human brain cells.

Pyramidal neurons are one of the more common types of cells in the neocortex, the outermost region of the brain. Neurons in this region are organized into six distinct layers, and the physical and electrical properties of these neurons influence brain activity. Understanding the properties of these neurons is critical to understanding changes in brain function that underly disorders such as epilepsy.

The research team, led by Krembil Scientist Dr. Taufik Valiante, studied brain tissue that was donated by patients who underwent brain surgery to treat epilepsy or cancer. With extreme care, Dr. Homeira Moradi, Krembil Scientific Associate, and the other researchers kept the delicate tissue alive after the surgery and studied various features of the neurons.

Little is known about the structure and function of adult human neurons because it is very rare to obtain living human brain tissue. “There are few opportunities beyond brain surgery for researchers to examine living human neurons," says Dr. Valiante. "This study was only possible because of the very large and active epilepsy program at UHN’s Krembil Brain Institute.”

The researchers used microscopic electrodes to characterize the electrical properties of over 200 neurons from 61 patients. This painstaking work was the product of almost a decade of collaboration from a multidisciplinary team including neurosurgeons and neuroscientists, patients who were willing to participate in the study and ethicists who ensured patient rights and safety.

The study revealed the impressive variability and distinct features of neurons located within different cortical layers. Specifically, neurons in deeper layers had unique electrical properties and shapes—and more variation in those shapes—compared to those in more superficial layers. These features suggest that deep layer neurons may drive communication across layers.

“Our findings are quite different from what we expected based on past studies that used pre-clinical models,” explains Dr. Valiante. “The findings provide further evidence for the unique physiology and specializations of the human brain.”

This study represents one of the largest studies of human neurons. The resulting data will serve as a valuable resource for improving computer simulations of brain function, and will enable researchers to better model neocortical neurons and shed light on neurological disorders such as epilepsy.

This work was supported by the Centre for Addiction and Mental Health Discovery Fund, the National Institutes of Health, the Natural Sciences and Engineering Research Council, The Kavli Foundation and the UHN Foundation. 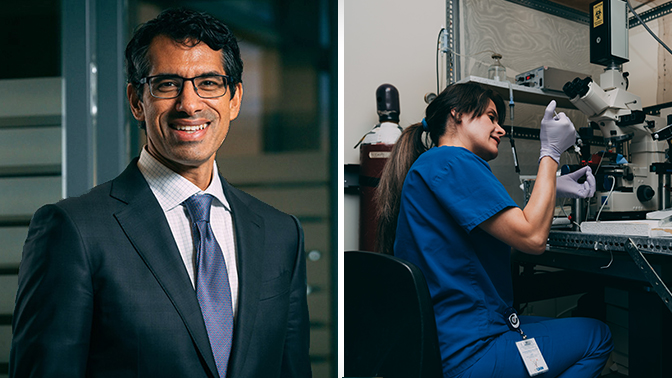 Dr. Taufik Valiante (left) is a Scientist at the Krembil Brain Institute, a staff neurosurgeon and the Director of the Surgical Epilepsy Program at Toronto Western Hospital. Dr. Homeira Moradi (right) is a Scientific Associate at Krembil.