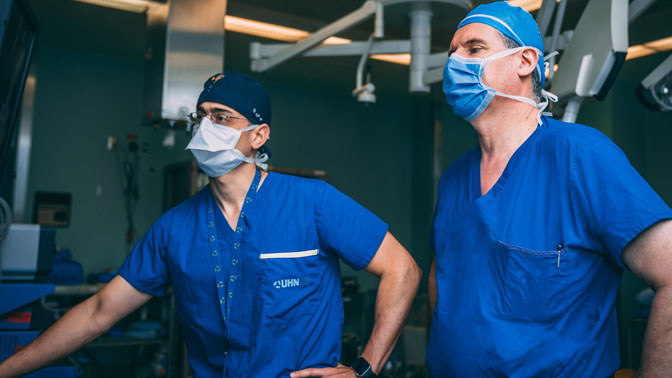 Most people breathe spontaneously, without difficulty or concern. However, for those with a traumatic spinal cord injury (SCI), it can be a constant struggle.

Traumatic SCI occurs when the nerve tissue in the spine is damaged by a severe blow to the back or neck, which is most commonly sustained during a motor vehicle accident or a fall. If the damage occurs in the neck area, it can impair the function of—even paralyze—the muscles that control breathing.

A team of researchers led by Dr. Michael Fehlings has made a discovery that inspires new hope for SCI patients with dysfunctional breathing.

The researchers identified a distinct type of cell in the spinal cord that, when stimulated, increases breathing. These cells are known as cervical excitatory neurons and do not appear to be required for normal breathing.
Importantly, the researchers also showed that stimulating these cells can promote breathing immediately after SCI, when the risk of death is the highest. “Our results have created a lot of excitement in the field,” says Dr. Fehlings. “They are enabling us to develop strategies that could help keep individuals alive by promoting their breathing after spinal cord injury.”

Talented students and fellows come to UHN to further their research training. Afterwards, many go on to lead their own research groups and make new discoveries. This holds true for the two trainees who led Dr. Fehlings’s study. 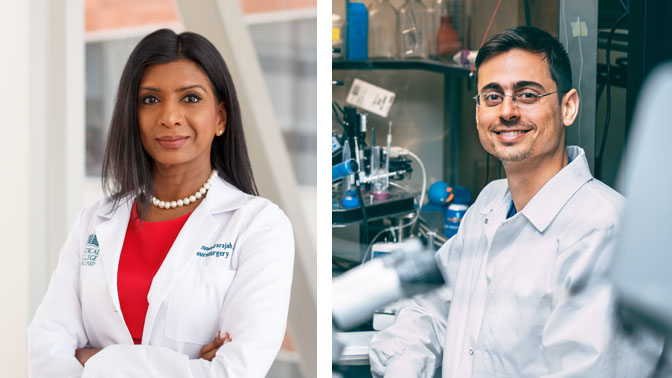 Dr. Kajana Satkunendrarajah (left) at the Medical College of Wisconsin. Dr. Karadimas (right) at Krembil Research Institute.
Dr. Kajana Satkunendrarajah completed her postdoctoral fellowship with Dr. Fehlings. In April 2019, she became an Assistant Professor at the Medical College of Wisconsin in Milwaukee, where she leads her own research program and focuses on developing new treatments to improve breathing after SCI.

Dr. Spyridon Karadimas received his medical degree from the University of Athens in Greece and completed his PhD with Dr. Fehlings. He is currently a neurosurgery resident at the University of Toronto and aims to become a neurovascular surgeon and lead his own research team in the future.