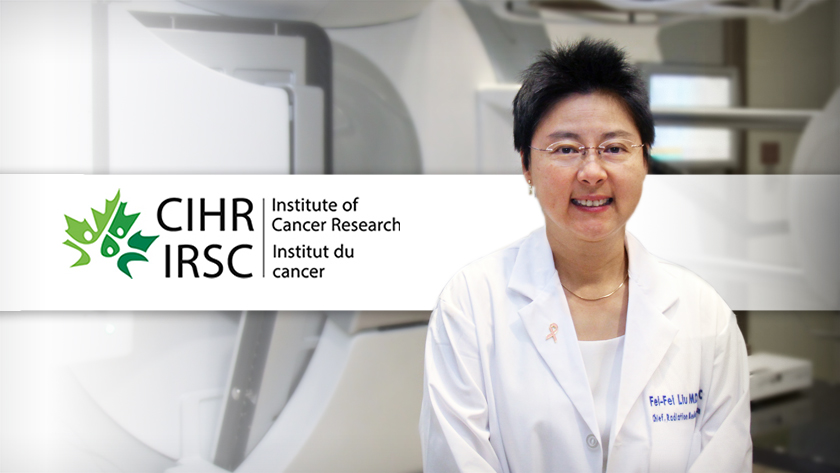 Dr. Liu is a highly respected clinician scientist and cancer researcher. She has held several leadership roles, including Chair of the Department of Radiation Oncology at the University of Toronto and Chief of the Radiation Medicine Program at the Princess Margaret Cancer Centre. This year, Dr. Liu was also named Chair-Elect of the American Association for Cancer Research’s Radiation Science Medicine (AACR-RSM) Working Group to advance the field of radiation oncology.

Her contributions to radiation oncology have been far-reaching—from developing transdisciplinary training programs for the next generation of radiation medicine professionals to generating scientific insights across the spectrum of basic, translational and clinical oncology.

Dr. Liu’s research is focused on improving therapies for human cancers, with a focus on radiation therapy. Her research has also uncovered the molecular mechanisms underpinning several human cancers, including breast, cervical and head and neck cancers. Her recent focus on long-term toxicities of cancer therapy has led to several reports on these side effects—work that will contribute to improved treatment decisions, including fatigue, radiation fibrosis and lymphedema in cancer survivors. Together, her work has led to the filing of three patents and the publishing of over 200 original scientific articles.

“I am honoured to be appointed as the 4th Scientific Director of the Institute of Cancer Research at CIHR.  With the burden of this disease, wherein 2 in 5 Canadians have a lifetime risk of developing cancer, we will continue to address this challenge together. I look forward to building on the strong foundations of my predecessors Drs. Phil Branton, Morag Park, and Steve Robbins, and work with our stakeholders, including researchers, funding partners, health systems, and in particular, patients, as we continue to support the research excellence that will “reduce the burden of cancer through prevention, screening, diagnosis, effective treatments, psycho-social support, and palliation”,” says Dr. Liu.

Congratulations to Dr. Liu on this exciting new role!