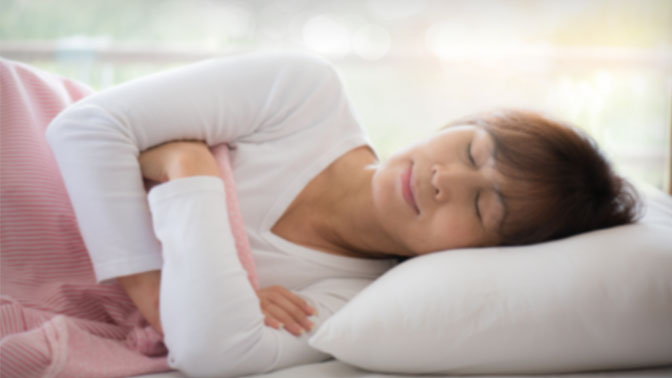 Image Caption:
It is often recommended that adults receive seven to nine hours of sleep to function optimally. However, those recovering from a critical illness may experience frequent awakenings throughout the night, which could have an impact on their cognitive ability.

Most patients often complain of not getting a good night’s rest in the hospital. However, those who are treated for critical illnesses in the intensive care unit (ICU) continue to experience trouble sleeping for a short while after discharge.

A new study suggests that sleep fragmentation, or the tendency to wake up repeatedly throughout the night, may be linked to a decline in cognitive performance—ie, the brain’s ability to acquire and process information—in ICU survivors at one week of discharge from the unit.

“About half of patients show signs of cognitive impairment after a critical illness,” says Dr. Elizabeth Wilcox, Clinician Investigator at Krembil Research Institute and lead author of the study. “While we know that poor sleep is linked to cognitive impairment, we wanted to see whether these factors affected patients after discharge from the ICU and for how long.”

The study enrolled 150 participants from five ICU wards across Toronto’s academic hospitals. All participants were on a ventilator for at least three days. Of the 102 individuals who survived discharge from the ICU, more than half were found to have cognitive impairment after one week.

To assess sleep quality and duration, the researchers used a technique called actigraphy, which is a non-invasive approach that tracks movement. Study participants used a wrist-worn device to track their activity during sleep. Sleep activity was measured at one week, six months and one year following ICU discharge and standardized cognitive tests were performed at each follow-up.

Their analysis revealed that fragmented sleep was associated with cognitive impairment at seven days post-ICU. However, no link was found at six or twelve months.

“Although we were unable to find an association between fragmented sleep and cognitive impairment at six months or one year following discharge, further studies are needed to see whether the effects of poor sleep on cognition linger,” explains Dr. Wilcox. “Added support to help patients regain healthy sleep patterns after discharge from the ICU may benefit patients and help with their recovery.”

This work was supported by the Physician Services Incorporated Foundation and the Toronto General & Western Hospital Foundation.