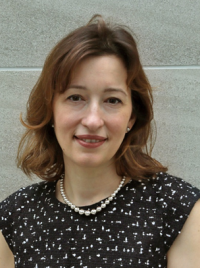 Keywords: breast cancer, medical education, surgical oncology
Dr. Cil graduated from the University of Western Ontario (UWO)’s medical school in 2000 and received her general surgery training at the University of Toronto (U of T) and UWO between 2000 and 2005. She became a Fellow of the Royal College of Physicians and Surgeons of Canada in 2005. After completing her general surgery training, she undertook research studies as a graduate student in medical education at the Ontario Institute for Studies in Education (at U of T) and received a master’s degree in education in 2008. She also completed a clinical fellowship in breast surgical oncology at U of T during this period. Dr. Cil began her general surgery staff appointment at Women’s College Hospital and the University Health Network in 2008.
Dr. Cil is affiliated with the Wilson Centre at UHN where her research in surgical education focuses on innovative teaching strategies and mechanisms of learning surgical skills.

For a list of Dr. Cil's publications, please visit PubMed or Scopus.