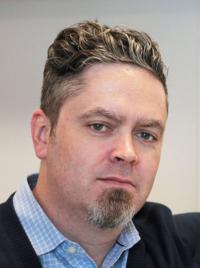 https://orcid.org/0000-0003-4721-9301
Keywords: immunometabolism, cellular stress, apoptosis, immune tolerance, autoimmunity, macrophage, inflammation
Cellular communication in homeostatic tolerance
Cells die by the billions through the process of apoptosis on a daily basis. This creates what could be a significant problem given that apoptosis results in the exposure of potentially harmful auto-antigens. However, potent immune suppressive mechanisms driven by apoptotic cells prevent generation of pathologic autoimmunity. While much attention has been devoted to understanding the soluble effectors involved in this process, there is substantially less known regarding the complex cellular communication involved in apoptotic cell-driven suppression in vivo. My laboratory uses an in vivo model of apoptotic cell challenge testing potential mechanism involved in the innate response elicited by tissue-resident macrophages and dendritic cells. In particular we are interested in apoptotic cell-driven chemotaxis and functional interactions between tissue resident macrophages, tolerogenic CD103+ dendritic cells and regulatory T cell populations.

Cellular stress in myeloid function
We are also interested in the mechanisms by which metabolic stress signals and innate signaling influence immune responses to apoptotic cell death and downstream suppression. We have found that the integrated stress response kinase GCN2 and the DNA-sensing pathways play a key role in tolerogenic maturation of macrophages and dendritic cells after apoptotic cell phagocytosis; however, the cellular and molecular mechanisms through which GCN2 induces this effect are not known. Thus, we are examining the mechanistic role for GCN2 in homeostatic maintenance of tolerance to apoptotic self and contribution of these mechanisms to pathology associated with autoimmunity. Moreover, we have strong evidence that GCN2-driven myeloid function is a significant contributing factor to immune suppression associated with solid tumours. In a related project, we are testing molecular mechanisms through which GCN2 influences tumour-driven myelopoiesis and immune suppression in the tumour and draining lymph nodes. We are particularly interested in cross talk between GCN2 and mammalian target of rapamycin (mTOR); evidence suggests that these micro-environmental nutrient sensor pathways are interdependent.

For a list of Dr. McGaha's publications, please visit PubMed, Scopus or ORCID.