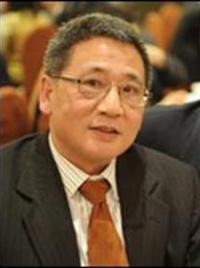 Homeodomain (HD) proteins, encoded by homeobox genes, are critically implicated in many physiological and pathological cellular processes, including embryogenesis, gene expression, cell cycle, endocrine/neural functions and tumorigenesis. HD proteins, like many other transcription factors, are not expressed as specifically as their down-stream target genes.

My laboratory is interested in studying a fundamentally important biological question: what are the mechanisms which enable a single HD protein to exert its multiple biological functions in a cell type specific manner.

One of the model molecules currently used in my lab to address this question is the caudal related HD protein Cdx-2. In vivo experiments elucidated that Cdx-2 is haplo-insufficient in selected tissues/cells. Cdx-2+/- mice develop multiple intestinal polyps within three months after birth.

Our in vitro studies indicate that Cdx-2 requires some yet to be identified cell type specific component(s) to activate selected target promoters, including its own promoter (auto-regulation). My working hypotheses is: Cdx-2 is able to recruit both co-activators (such as CBP/p300) and co-repressors (to be identified), while cell type specific physiological and pathological signals are implicated in modulating the balance between these recruitment events. Different in vivo and in vitro approaches will be used to examine these hypotheses in detail.