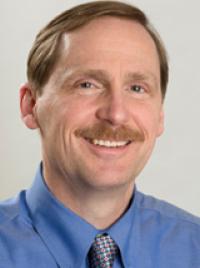 My lab has been involved in defining the pathophysiologic mechanisms which are responsible for the 50% mortality experienced by ruptured abdominal aortic aneurysm (AAA) patients.

This work began seven years ago with investigations in both patients and animals. My initial hypothesis was that patients who suffer aortic aneurysm rupture experienced a 'two hit' ischemia/reperfusion injury. I have tested this hypothesis in elective and ruptured AAA patients and found that ruptured patients have primed neutrophils upon arrival in the emergency department, which become further activated in the postoperative phase.

In addition, we have noted evidence of a 'two hit' oxidative injury in the ruptured patient group. In comparison, elective aneurysm patients do not develop any evidence of oxidative tissue injury but their neutrophils become primed postoperatively. Thus, findings to date support the 'two hit' ischemia/reperfusion injury hypothesis initially proposed.

Our animal studies employ a model of ruptured aortic aneurysm repair initially developed and published by my laboratory. In this model, we have demonstrated that the combination of hemorrhagic shock and lower torso ischemia results in synergistic local and remote organ injury. We have investigated the role of neutrophils and the adhesion protein CD18 as well as the role of antioxidants in mediating tissue injury in this model. Our studies have demonstrated that neutrophils mediate major components of both the local and remote organ injury in this model.

As noted above, the laboratory continues to concentrate on investigations in humans and in our animal model. In humans, we are currently investigating the release of endotoxin following elective and ruptured aneurysm repair. A new project on neutrophil apoptosis in aneurysm patients is also underway. Our animal studies are divided between investigations studying the effects of shock alone on myocardial dysfunction and the etiology of remote organ injury and the role of cytokines in this model.

Our most recent work suggests key roles for iNOS and the complement pathway in the development of organ injury in our animal model. We are currently trying to identify the pathways that trigger activation of the complement cascade in this 'two hit' model. The molecular pathways induced by ischemia that initiate the activation of the inflammatory response are also under investigation. It is expected that one of the numerous complement antagonists currently in clinical trials and may have applicability to the human ruptured abdominal aortic aneruysm patients.

For a list of Dr. Lindsay's publications, please visit PubMed or Scopus.