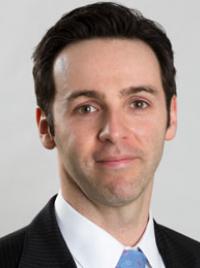 https://orcid.org/0000-0003-3400-4475
Keywords: cardiac regeneration, ischemia, viral myocarditis, macrophage
Background
The leading cause of world-wide mortality is cardiovascular disease. After an initiating event, the immune system regulates both cardiac tissue injury and repair. Despite significant investment we have only an incomplete understanding of the immune cells and pathways involved. More primitive organisms possess a striking regenerative potential after injury. The zebrafish and newt hearts can fully re-grow after injury and the salamander can fully re-grow limbs after amputation, functions not possessed by adult mammals. Neonatal mammals also retain this significant regenerative capacity. For example, the neonatal heart whether through apical resection of the left ventricle or myocardial infarction fully regenerates – and this regenerative potential is lost after the first weeks of life. One important similarity between more primitive organisms and very young mammals is a more limited (primitive) immune system.

Phagocytes are an evolutionary conserved immune lineage that evolved more than 600 million years ago. We have shown that the macrophage is a specialized mononuclear phagocyte that resides in all tissues from the earliest stages of development, and is critical for tissue repair. Alternatively, macrophages can also mediate significant cardiac tissue injury. This apparent paradox has been difficult to resolve until our recent work. One of the major impediments limiting progress has been the prevailing assumption that bone marrow-derived circulating monocytes are the source of all tissue macrophages. Utilizing genetic fate mapping and parabiotic studies we have demonstrated that cardiac macrophages have two distinct ontological origins. The majority of cardiac macrophages are derived from embryonic progenitors and renew in situ without monocyte input, while the remainder originate from monocytes produced by bone marrow hematopoietic stem cells. Primitive embryonic-derived macrophages promote cardiac tissue repair while bone marrow derived macrophages promote tissue injury. These potentially dichotomous functions are a major focus of the lab.

Animal models of cardiac tissue injury and repair.
We are focused on understanding the role myeloid cells (monocytes, macrophages and dendritic cells) play within the myocardium during steady state and following tissue injury. These myeloid subsets are a heterogeneous population of cells with distinct origins and functions, and participate in the initial inflammatory and subsequent wound healing responses after myocardial tissue injury. Using genetic and surgical mouse models, we are trying to understanding how individual myeloid subsets are activated, what factors regulate their entry, persistence and fate after entry into the myocardium. In addition, we are identifying the contribution of each myeloid subset to the process of cardiac regeneration. We use models of hemodynamic stress (hypertension), ischemic stress (myocardial infarction) and also infective injury (viral myocarditis) in order to study the role of macrophages in tissue damage and repair.

Translational studies in patients with cardiovascular disease.
We also have several integrated translational projects that focus on the corresponding human myeloid subsets, how they are activated and how their activation state relates to myocardial function and myocardial recovery in patients following myocardial tissue injury (myocardial infarction). By focusing on how myeloid cells are activated in humans, we hope to identify pathological pathways that both identify patients who will be at high risk for developing severe cardiac dysfunction, and also identify new therapeutic targets.

For a list of Dr. Epelman's publications, please visit PubMed, Scopus or ORCID.