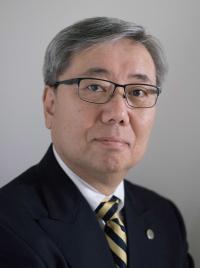 Generating and maintaining tissue organization requires strict control of cell division, differentiation and growth—processes governed by cellular signaling. Cells that are challenged by mutations in critical genes often escape “normal” controls and proceed along a path of uncontrolled growth and migration that often lead to cancer. My laboratory is interested in elucidating the molecular and structural mechanisms underlying both normal cell development and mutation-initiated proliferation. We hope to decipher the atomic/molecular cause of signaling malfunction caused by cancer-associated mutations. Towards these goals, we investigate a number of key cancer proteins and we employ various structural biology methods including nuclear magnetic resonance (NMR) spectroscopy, X-ray crystallography, electron cryo-electron-microscopy (cryo-EM). These tools enable us to visualize structural details of key players in the disease (i.e., with cancer mutations), the dynamics and kinetics of their interaction, and enzymatic reactions critical to their functions in cancer. Together with cellular functional studies, our structural studies will contribute to a better understanding of cancer, which may lead to novel therapeutic development. Currently, we are focusing on the KRAS oncoprotein and its associated signaling molecules as well as those involved in T-cell activation mechanisms.

For a list of Dr. Ikura's publications, please visit PubMed, Scopus or ORCID.