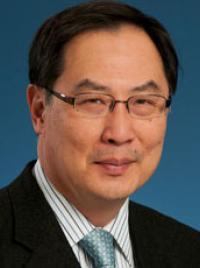 https://orcid.org/0000-0002-9160-5405
Keywords: translational research, pancreatic cancer, genomic profiling, lung cancer
Translational Research in Lung and Pancreatic Cancer.
Lung and pancreatic cancers are the two most deadly cancers with overall five-year survival rates of 15% and 2-5%. Understanding the molecular basis of their malignancy will provide insights for improving the early diagnosis and treatment of these diseases.

Our primary goal in lung cancer research is to identify genes or proteins that are predictive of poor prognosis in lung cancer patients who have had their tumors resected by surgery.

The mechanisms that these genetic aberrations may affect the biology of lung cancer cells are then studied using in vitro cell line models and in vivo orthotopic metastatic lung cancer model.

Prognostic genes are potential target for the development of new anti-cancer drugs. Special interests and emphasis are on ras oncogene and Hepatocyte Growth Factor (HGF) and its receptor Met tyrosine kinase receptor.

HGF-Met interaction plays important role in the growth, movement and differentiation of normal and tumor cells. Because of its activity on cell motility, HGF is thought to be important in tumor cell invasion and metastasis. The laboratory continues to study the autocrine and paracrine roles of this growth loop in modulating the growth, differentiation and metastasis of lung cancer cells.

Additional studies focus on discovering biomarkers that can predict response to newly developed targeted anticancer drugs, such as inhibitors of the epidermal growth factor receptor.

The laboratory is also actively studying the molecular basis of multi-stage development of human pancreatic cancer. A majority of pancreatic cancers arise from duct epithelium, and the latter may also differentiate into islet cells. This suggests the potential 'stem-cell' nature of pancreatic duct cells.

My laboratory was the first one to establish primary cultures of normal duct cells from adult human pancreas, and immortalized cell lines derived from these normal duct cells. Clones of immortal cell lines were isolated and they showed near normal genotype and phenotype. These cells are being used as in vitro models to study the role of oncogenes and tumor suppressor genes in the malignant transformation of pancreatic duct cells.

The goal of this project is to delineate the biological and molecular mechanisms that are critical for transforming normal pancreatic duct cells into pancreatic cancer cells. Knowledge derived from this study will be used to develop markers for early detection of pancreatic cancer, as well as provide insights on developing novel strategies to prevent and treat pancreatic cancer.

For a list of Dr. Tsao's publications, please visit PubMed, Scopus or ORCID.