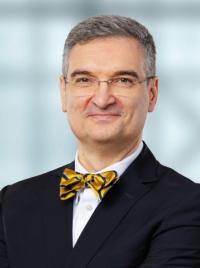 In 1997, together with Dr. Thierry Keller, he received the Swiss National Science Foundation Technology Transfer Award - 1st place. In 2008, Dr. Popovic was awarded the Engineering Medal for Research and Development from the Professional Engineers of Ontario and Ontario Society of Professional Engineers. In 2011, he was elected to the College of Fellows of the American Institute of Medical and Biological Engineering. In 2012, company MyndTec Inc., which Dr. Popovic co-founded in 2008, won the 1st Prize and the Best Intellectual Property Award at the annual TiEQuest Business Venture Competition. In 2013, he received the Morris (Mickey) Milner Award for outstanding contributions in the area of Assistive Technologies from the Health Technology Exchange. Also, in 2013, together with Drs. Prodic, Lehn, and Huerta-Olivares, and Mr. Tarulli, Dr. Popovic received the University of Toronto Inventor of the Year Award.  In 2015, Dr. Popovic received the 2014 University Health Network’s Inventor of the Year Award.

Dr. Popovic is the co-founder and co-chair of the Canadian National Spinal Cord Injury Conference established in 2004

For a list of Dr. Popovic's publications, please visit PubMed, Scopus or ORCID.