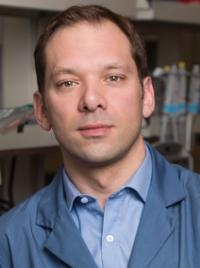 Dr. Mathieu Lupien is a Senior Scientist at the Princess Margaret Cancer Centre and an Associate Professor in the Department of Medical Biophysics at the University of Toronto. He is cross-appointed at UHN's Princess Margaret Cancer Centre. He earned his Ph.D. at McGill University (Montreal, Canada) in 2005, after which he pursued postdoctoral training in medical oncology at the Dana-Farber Cancer Institute, Harvard Medical School (Boston, MA) as an Era of Hope fellow. Dr. Lupien completed his postdoctoral training in 2008 and was recruited as a faculty member at the Dartmouth Medical School (Hanover, NH) in 2009, where he became Director of the Quantitative Epigenomics Laboratory before moving to the Princess Margaret Cancer Centre in 2012. Dr. Lupien is recognized for three seminal discoveries, namely that epigenetic modifications on histones can discriminate cell type-specific noncoding gene regulatory elements; that epigenetic alterations at gene regulatory elements underlie cancer initiation and progression; and that noncoding genetic alterations promoting cancer development preferentially target gene regulatory elements. Among other honours, Dr. Lupien is a recipient of the Investigator Award from the OICR, the New Investigator Salary Award from CIHR, the Rising Star in Prostate Cancer Research award from PCC/Movember and the Till and McCulloch Discovery of the Year award.

The human genome consists of 6 billion "letters" of sequence. These form different "words" that need to be organized in the right order to make a "story". Each "story" gives rise to a particular cell type. Because each cell type consists of a different "story" our genome needs to be organized in many different ways to make the right story readable. Although the order of the "letters" in our genome is typically unchanged across cell types, different stories can be generated by folding our genome in such a way that the "words" for a particular "story" align. "Words" not required in a given cell type are typically masked. Disease development commonly stems from changes in the "story" of normal cells. For instance, mutations or genetic variations will change the "letters" or "words" of a normal "story" to promote cancer development. These genetic defects cannot readily be corrected and are often considered irreversible. Normal "stories" can also be changed to cancer "stories" by modulating the legibility of "words" without affecting their "letters". This occurs through epigenetic events that will affect how the genome is folded or how particular "words" are masked. This is not a static process. Specific drugs can alter epigenetic events, inferring that cancer "stories" can be rendered indolent. Dr. Lupien's research is centered on identifying the changes in "word" masking and genome folding that operate in cancer cells to reveal their underlying molecular biology. The ultimate goal is to develop new and improved strategies to hinder cancer development.

Two thematic objectives drive Dr. Lupien's leading-edge research. The first consists of delineating the functional consequence of genetic alterations (mutations or predispositions) in cancer by identifying the "words" they target. Each "story" relies on "words" aligning to form "sentences". These "sentences" consist of "words" of different nature that correspond to different functional elements of the genome, such as "nouns" (genes), "verbs" (promoters) and "adjectives" (enhancers). Mapping epigenetic events discriminates "nouns" from "verbs" and "adjectives" that are legible or masked across the genome. Using this principle the Lupien lab recently demonstrated that genetic alterations to breast and prostate cancers are preferentially found in regions on the genome that harbour enhancers (the "adjectives"). These genetic alterations can modulate the degree of these "adjectives" thereby affecting expression of target genes (the "nouns") to promote cancer development. For instance a normal sentence such as "express more gene A" would be changed in cancer to "express less gene A". We are currently applying this methodology to reveal the functional nature of mutations that accumulate in tumours throughout their development and as they acquire resistance to drug treatment.

The second thematic objective focuses on identifying the alterations in genome legibility or folding occurring in the course of cancer development. This is achieved by comparing maps of epigenetic events from normal versus cancer cells. By focusing on epigenetic events that discriminate the nature of "words", the Lupien lab can identify the "stories" specific to cancer cells. This approach can also help identify the mechanisms that promote cancer initiation and progression. For instance, work from the Lupien lab focused on breast cancer revealed significant differences in the legibility of various types of "words" between samples responsive versus resistant to standard-of-care therapy. This served to identify new therapeutic targets against aggressive breast cancer.

For a list of Dr. Lupien's publications, please visit PubMed, Scopus or ORCID.