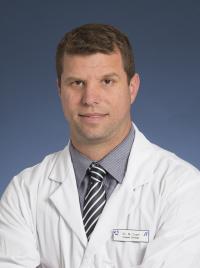 Dr. Cypel's research interests include lung perfusion and transplantation, gene and cell therapy to repair injured organs, and lung cancer. He has developed a successful strategy for ex vivo normothermic preservation of donor lungs (EVLP) enabling the expansion of the donor lung pool worldwide. This platform serves as a foundation for research in preservation and regenerative repair of donor lungs ex vivo, among them gene, drug and light therapies. Specifically, an innovation led by Dr. Cypel is the use of light-based therapies to inactivate Hepatitis C Virus from donor organs. This will have an impact bringing a large number of donor organs not previously available.

Dr. Cypel is a leader in basic and clinical research involving donation after cardiac death (DCD). He had a major role in implementing a DCD clinical protocol in Canada and standardized operating procedures in his lab which allow the group to test different strategies that minimize ischemic time injury.

In thoracic oncology, Dr. Cypel's research is focused on minimally invasive thoracic surgery and the use of in vivo lung perfusion model, a local delivery technique for the treatment of pulmonary metastases. Other current and future research lines include: 1) to study a lung-protective compound that prevents vascular leak during EVLP to improve post-transplantation graft function; 2) to investigate novel oxygen carriers for lung preservation in the transplant scenario; 3) to test a novel bioengineered nanofilm on the luminal surface of blood vessels of the lungs in order to prevent or delay graft rejection; 4) to explore the effects of fusion toxin proteins and monoclonal antibodies that specifically target and inactivate viral infections during EVLP; 5) to treat donor lungs during EVLP with enzymes (glycosidases) that remove blood type A/B antigen therefore lungs will become suitable for ABO incompatible transplant.

For a list of Dr. Cypel's publications, please visit PubMed, Scopus or ORCID.