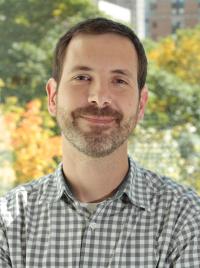 The Fish lab investigates the molecular mechanisms that control endothelial cell biology. We are seeking to decipher the signaling pathways and downstream transcriptional and epigenetic mediators that control responses to differentiation signals (e.g. artery/vein specification, morphogenesis and angiogenesis) as well as pro-inflammatory factors. We have identified key roles for noncoding RNAs such as microRNAs in modulating signaling pathways in endothelial cells.

We approach the study of endothelial cell biology from a multi-disciplinary approach. To gain insight into the mechanisms regulating vascular growth we employ developmental biology models, since the molecular pathways that control embryonic vascular differentiation and growth are often reutilized during postnatal vascular growth in disease processes or in tissue regeneration. Therefore, insight into these mechanisms from a developmental perspective will provide information that can be leveraged for the therapeutic regulation of postnatal vascular growth. Our research program utilizes several biological systems to identify the molecular cues (i.e. signaling and transcriptional pathways) that control vascular specification and growth, including embryonic stem (ES) cell differentiation models, zebrafish and mouse in vivo models and human primary endothelial cell in vitro models.

To gain insight into the pathways controlling vascular inflammation we primarily utilize mouse models of cardiovascular disease. We utilize cutting-edge technologies to probe the mechanisms of gene expression control, including genome-wide ChIP-sequencing approaches and various approaches to dissect the roles of noncoding RNA in the regulation of inflammatory signaling. Current projects include assessing the role of circulating microvesicles and the microRNAs that they contain in the regulation of vascular inflammation, and we are utilizing mouse models and human plasma samples to probe their function as well as their utility as biomarkers.

For a list of Dr. Fish's publications, please visit PubMed, Scopus or ORCID.