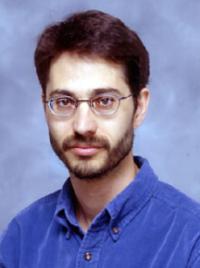 https://orcid.org/0000-0002-0712-4319
Keywords: protein 3D structure, protein function, X-ray crystallography, protein-protein interactions, membrane proteins, detergents, lactose permease, BTB domains
Protein Structure and Function
Our lab studies how proteins function as molecular machines. We are interested in learning how proteins recognize each other, how they recognize specific ligands, and how they can act to carry out specific biological roles. Our main research tool is X-ray crystallography, but we use a variety of biophysical and biochemical techniques to investigate these questions.

Two main areas of investigation are how the BTB domain from PLZF acts as a transcriptional repressor and how the lactose permease functions as a molecular pump to drive the transport of polar solutes across cell membranes.