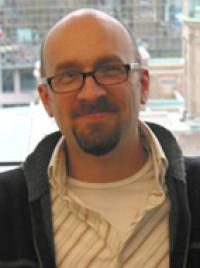 Keywords: ubiquitin signalling, neurodegeneration, neurological disorders, cancer, viral infections
Ubiquitin, a small and ancient signaling protein, is chemically attached to other proteins in the cell to mark them for destruction (in addition to other critical functions). Malfunctions in the ubiquitin system have been implicated in many disease states, including neurodegenerative disorders (e.g. Alzheimer's and Parkinson's diseases) and cancer.

The ubiquitin-like modifiers (ULMs) comprise a diverse group of small polypeptides (SUMO, ISG15, NEDD8/RUB1, URM1, FAT10, etc.) which, like ubiquitin, are also covalently conjugated to 'target' proteins (or other biomolecules) in a reversible manner. While these modifiers appear to play many critical roles in cell function, most of them remain very poorly understood.

Mass spectrometry (MS) has emerged as an extremely powerful tool to screen complex biological samples for many different types of post-translational modifications. Using a combination of MS and a novel software tool (SUMmOn), my colleagues and I developed the first automated approach for the identification of ULM target proteins and ULM attachment sites.
By shedding light on these critically important, yet poorly understood, signaling proteins, we hope to better understanding their roles in neurological diseases, cancer and viral infection.

For a list of Dr. Raught's publications, please visit PubMed or Scopus.