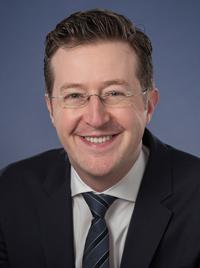 Dr. Sacher is a Thoracic Oncologist & Affiliate Scientist at the Princess Margaret Cancer Centre and an Assistant Professor in the Departments of Medicine & Immunology at the University of Toronto. Dr. Sacher completed his medical degree at the University of Toronto and residency at the Toronto General Hospital and Princess Margaret Cancer Center. He has subsequently completed a research fellowship in thoracic oncology at the Dana-Farber Cancer Institute and holds a Master’s degree in clinical trial design, genomics and drug development from Harvard Medical School. He has previously served as an Assistant Professor of Medicine and Attending Thoracic Oncologist at Columbia University & New York-Presbyterian Hospital. He has been awarded an American Society of Clinical Oncology (ASCO) Career Development Award (CDA) and Canadian Institutes for Health Research (CIHR) Project Grant for his work on tumor immunotherapy.

His lab has an emphasis on the development of novel immunotherapeutics and adoptive cell therapy in solid tumors, understanding mechanisms of acquired and primary resistance to immunotherapy, and identification of novel biomarkers for these agents.

My research focuses on both the development of novel immunotherapeutics as well as understanding the fundamental mechanisms that underpin anti-tumor immune responses. I have extensive interest and experience in the drug development and clinical trials evaluating immune checkpoint inhibitors, immune agonists, vaccine-based therapy, epigenetic therapy and adoptive cell transfer including TIL and CAR-T therapy. However, the rational development of novel immunotherapies requires an in-depth understanding of the complex interactions that occur between specific immune cell populations and tumor cells. These interactions underpin response, primary resistance and acquired resistance to tumor immunotherapy. To this end, my more fundamental tumor immunology research deals with four key areas:

For a list of Dr. Sacher’s publications, please visit PubMed or Scopus.