Home page Description:
An underutilized tool for the scientific community. 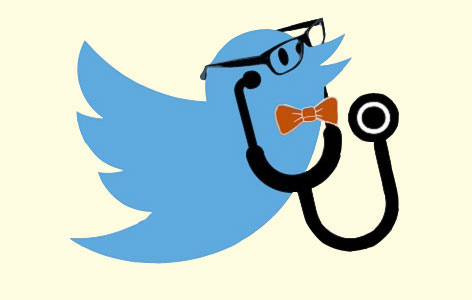 Image Caption:
Twitter provides a platform for scientists to broaden the reach of their scientific findings.

If you ever want to make your science succinct and lay, try tweeting about it. Twitter is a fantastic social media resource to help engage the public, stakeholders and fellow scientists. If you are worried about the 140-character limit, Twitter has recently expanded it to 280 to address the need to convey more complex messages.

Reaping the benefits. The most obvious benefit of sharing your work on Twitter is the knowledge translation. Multiple studies have found relationships between tweet frequency (particularly in the first few days following publication) and number of citations and downloads1,2. As a social experiment, Institute for Clinical Evaluative Sciences Senior Core Scientist Dr. David Juurlink tweeted, “I’m about to speak to a group of scientists on ‘Why every scientist should be on Twitter’. Can I get a few RTs in the next 60 minutes to show them its reach?” Within the hour leading up to the talk, the tweet had been retweeted 1700 times and viewed by over 73,000 people. As of today, it has been retweeted by over 12,000 people. Many scientists find Twitter useful for networking with others in the academic community. For example, Dr. Avril Mansfield of the Toronto Rehabilitation Institute finds that interacting with someone on Twitter first can help break the ice for in-person introductions. Furthermore, while students may not have funding to attend international conferences and interact with scientists in-person, Twitter is a great resource for finding conference highlights and staying involved in the discussion, points out Mikaela Stiver, a U of T PhD candidate.

Treading lightly. “While Twitter is a fantastic tool when used properly, like any social media, for me it can be a distraction from the all-important ‘deep thinking’ time,” says Dr. Lora Giangregorio, an associate professor at the University of Waterloo. In addition, while Twitter can provide a wealth of information, due diligence is required to ensure that it is in fact, accurate. While there are no data currently available regarding the degree of accuracy of science data circulating on Twitter, credibility analyses estimate that tweeted information is likely false approximately 40% of the time for trending topics3.

By the numbers. Approximately one in forty scientists is active on Twitter4, the majority of which having received their PhD within the last 5 years5. Depending on the discipline, about 45% of the followers can be non-scientists such as the media and the general public, broadening the reach of your work5. Highly tweeted articles are 11 times more likely to be highly cited compared to those that are not1.

Overall, Twitter is a valuable resource for the scientific community to disseminate its work and interact with a broader audience, and one that should be approached with some caution. To find out more about how to establish and develop your social media presence, consider attending the Office of Research Trainees Social Media Workshop on Wednesday, May 30 from 2 p.m. to 3 p.m. at Toronto General Hospital, Room 12EC-315.

1. Eysenbach, G. (2011). Can tweets predict citations? Metrics of social impact based on Twitter and correlation with traditional metrics of scientific impact. Journal of medical Internet research, 13(4).

4. Priem, J., Costello, K. and T. Dzuba. 2012. Prevalence and use of Twitter among scholars. Source: https://figshare.com/articles/Prevalence_and_use_of_Twitter_among_schola...