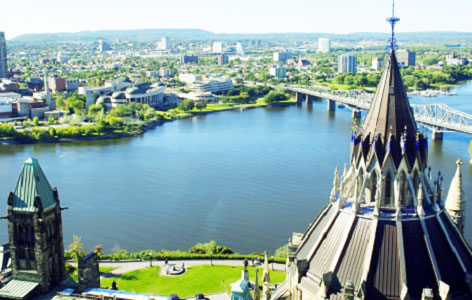 In December, health researchers from across Canada met in Ottawa to determine which grants would make the cut and become one of the approximately 500 projects funded by the Canadian Institutes of Health Research (CIHR). This was the second year of the agency’s return to face-to-face meetings for the review of Project Grant applications, after a brief implementation of an online review system in 2016.

In an article published by CBC last month, CIHR was described as “racking up large travel and hospitality bills after Canadian researchers snubbed a plan to replace face-to-face meetings with cheaper ‘virtual’ online conversations.” The system, which was essentially an online text discussion forum, was initially described in the article as a web-based teleconference platform which misled many readers. It described researchers as favouring face-to-face meetings over online forums due to the likelihood that scientists would “phone it in.”

Following responses from the scientific community, the story was slightly reworded and the ‘teleconference meetings’ were revised to ‘asynchronous online discussions.’ However, the damage was done. Individuals in the public had already posted in the comments section of the article: “Don't blame technology for your laziness” and “They'd rather have party time at the taxpayer's expense.”

The tone of the CBC article and comments from the public prompted researchers to defend themselves. In the comments section, researchers frequently responded to the public’s comments and clarified what the meeting entailed. They also pointed out that grant reviewers often spend upwards of 60–80 hours of their own time preparing for and attending these review panels away from their families.

A separate commentary written by André Picard of the Globe and Mail painted a different picture. He provided context for the costs of the review meetings throughout the year ($4.7 million) and how they only account for about 0.5% of CIHR’s total annual budget (about $1 billion). Furthermore, face-to-face meetings are the gold standard for reviewing scientific projects worldwide and are practiced by most granting agencies.

While the associated costs and carbon footprint of face-to-face reviews are of concern, no other option can ensure the level of rigour and accountability achieved through face-to-face meetings. Although tele- or web-conferencing may be implemented in the future, these virtual technologies would have to go through multiple iterations of testing and significant financial investment to ensure history does not repeat itself.

More troubling perhaps, may be the public’s perception of scientists and how the CBC article may have skewed their views. While researchers should disseminate knowledge and discuss science with the broader public, they should not have to correct reports from a reputable news outlet. It is the hope that CBC reporters will collaborate more closely with agencies in the future when conducting research for their articles.

To all the researchers who contributed their own time to better Canada’s science, thank you.