Home page Description:
Extreme lifeforms in the universe may be more common than realized. 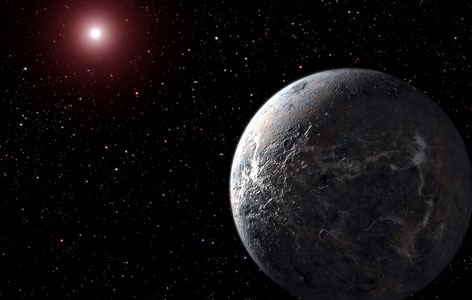 The search for other life in the universe has become more promising than ever with the completion of NASA’s Kepler mission. Kepler is a space telescope launched into orbit by NASA to search for potentially habitable Earth-like planets orbiting other Sun-like stars. The Kepler mission team released its final catalog revealing that 2341 exoplanets are confirmed to exist within the Cygnus field, a small area that makes up <2% of the night sky. The Kepler mission, while searching for other Earth-like planets, revealed that small rocky planets are much more common in our galaxy than originally thought. However, only 30 of the confirmed exoplanets were deemed ‘Earth-like’ and within the habitable zone where liquid water could potentially exist on the surface.

Until the second half of the 1900s, scientists believed that life could only exist within a narrow range of physical conditions. The combination of moderate temperatures (~16°C) and pH-balanced liquid water was thought to be the most rudimentary of conditions necessary for life. Consequently, environments with extreme temperature, pressure, or acidity could only be abiotic, or lifeless. Such preconceptions led to the belief that life was confined to the more moderate regions of the Earth. This led to the extrapolated notion that life throughout the universe must also be exceedingly rare since extreme conditions were commonplace beyond Earth’s atmosphere.

In the 1960s, however, scientists uncovered simple microbes thriving in environments previously thought to be incompatible with life. Classified as ‘extremophiles’, these microbes were found in harsh acid lakes, sulfur vents, the freezing temperatures of Antarctica, and the scorching heat of geothermal springs. Discovery of these extremophiles immediately led to a paradigm shift in our perception of life in the universe. Suddenly, it was possible to envisage the universe teeming with simple microbial life similar to the terrestrial extremophiles. Given these new discoveries and realizations, emerging concepts in astrobiology now challenge the anthropocentric decision to label these simple microbes as ‘extremophiles’. Considering they exist in environments that are ubiquitous throughout the universe, they may not be extreme at all, but possibly a common form of life. Ironically, these simple microbes that flourish in such atrocious conditions were quick to perish when brought into more ‘moderate’ environments. Moreover, these moderate environments that do support complex multicellular life are exceedingly rare and have only been found in certain regions of a single planet – Earth. Furthermore, only 1.2% of the confirmed exoplanets by NASA’s Kepler mission were deemed ‘Earth-like’.

In view of the above, it would thus be more appropriate to label such rare environments as ‘extreme’. Remarkably, it is only in these extreme environments that we find the eccentric confluence of organic reactions that give rise to intelligent and sentient life. With this appreciation, one may consider humans and other multicellular organisms to be the true extremophiles, as they exist in the rarest environments in the universe that are too extreme for even some simple microbial life to survive.