Everchanging Metaphors for the Brain

Home page Description:
From ancient aqueducts to computers based on von Neumann architecture. 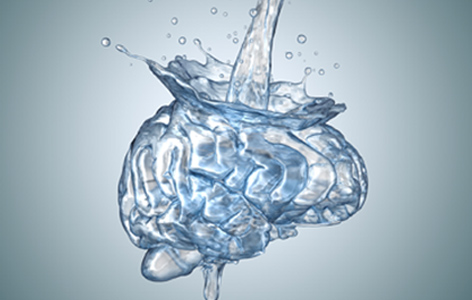 The brain is arguably the most complex object known to humans. Since antiquity, Herophilus of Chalcedon (335-255 BCE) proposed that the brain controlled the body's movements and behaviours. Since then, the explanation for how the brain performs its functions has constantly changed, molded by each successive civilization, into metaphors for complex concepts or advanced technologies available at the time. During classical antiquity, the Roman empire achieved superiority over competing empires with their distinct advantages in logistics and their ability to channel water from the highlands into their cities. Roman engineers built advanced aqueducts that brought in clean water and separate sewage systems that removed waste. These technologies provided clean drinking water that was essential to public health and likely saved more lives than the available ancient medicine – the theory of the four humours. Although autopsies were forbidden in the Roman empire, the privileged few who observed autopsies discovered vast arrays of vessels and fluids within the body. By late antiquity, the idea that the brain was a node in an urban aqueduct serving to accumulate and redistribute nourishing fluids within the body, had emerged. This aligned with medical theories of the time that claimed sickness could be cured by removing contaminated fluids from the body by inducing vomiting, sweating or bleeding. Unsurprisingly, these theories fell out of vogue with advancements in medical science and the concepts of an aqueduct system are no longer relevant towards understanding human physiology.

During the second industrial revolution, the discovery of electricity inspired scientists to propose that the brain was controlling the body using electrical currents. Accordingly, many studies of the nervous system are based on analyzing the electrical activity of the brain. The subsequent discovery of the action potential occurring in neurons revolutionized our understanding of how the brain functions and transfers information. In the age of computers, contemporary neuroscientists envisage these action potentials from a neuron as fundamental units of information akin to ‘bits’ in a digital computer. The billions of neurons that make up the brain form extensive neural networks that can represent incoming information (i.e., a stimulus) and produce optimized behavioural responses to the environment. Neural engineers are currently studying how the brain represents information in hopes of communicating and interacting with it through computers. Elon Musk and other neuroscientists postulate that such brain-computer interface technology could cure brain disorders, restore memory and enhance intelligence. These developments led to the contemporary perspective that the brain is similar to a computer; however, the brain is ultimately not a computer. The brain is carbon-based organic material that has ever-changing connectivity and biochemistry. Moreover, the role of glial cells is still not completely understood, and they account for half of the brain’s cells. For these reasons, the brain remains incredibly fascinating to study. It will be exciting to see what new metaphors of the brain will arise. Perhaps one day, the brain will have as much similarity to a computer based on von Neumann architecture as with a node within an ancient aqueduct system.