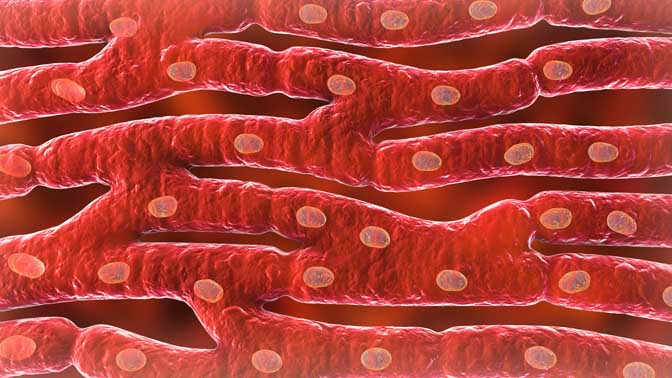 Image Caption:
Heart muscle cells known as cardiomyocytes (illustrated above) are responsible for heart contractions. They are arranged side-to-side and are tightly connected to each other.

Like the arms of spectators rising and falling in unison during a ‘stadium wave’ at a game, the muscles in the heart contract in unison across the heart. This concerted contraction efficiently pumps blood throughout the body.

However, after a heart attack, regions of the heart can become damaged and lose their ability to contract. “When a heart attack occurs, muscle cells known as cardiomyocytes die in the affected regions,” says Dr. Ren-Ke Li, a Senior Scientist at the Toronto General Hospital Research Institute.

The damaged cardiomyocytes break the wave of contraction, resulting in potentially life-threatening conditions, such as arrhythmias (ie, irregular heartbeat) and heart disease.

To address this issue, Dr. Li developed a new biomaterial in the form of a gel that can be injected into damaged heart tissue to reconnect healthy tissue and restore efficient heart contraction.

The biomaterial that Dr. Li’s team created is known as poly-3-amino-4-methoxybenzoic acid (PAMB). It is unique in that it is a conductive polymer, which means it can relay electric signals. In order to improve the biocompatibility of PAMB, the researchers combined it with another gel-like material known as gelatin, which is less likely to harm living tissue.

In a study published in Biomaterials, Dr. Li’s team studied the effect of the biomaterial in an experimental model that mimics a human heart attack. They discovered that injecting the novel conductive biomaterial into damaged regions of the heart one week after heart injury greatly improved the coordinated heart contraction, improved heart function and reduced arrhythmia.

“While these findings are preliminary, they show that by customizing and combining biomaterials, we can create new injectable conductive gels that support the restoration of electrical function in the damaged heart. Further development of this approach could lead to new therapies for those suffering from cardiovascular diseases, which are a leading cause of death worldwide,” says Dr. Li.

Dr. Ren-Ke Li is a Tier 1 Canada Research Chair in Cardiac Regeneration. This work was supported by the Canadian Institutes of Health Research; the Ministry of Science and Technology of the People's Republic of China (ROC); the Ministry of Education of Taiwan, ROC; and the Toronto General & Western Hospital Foundation. 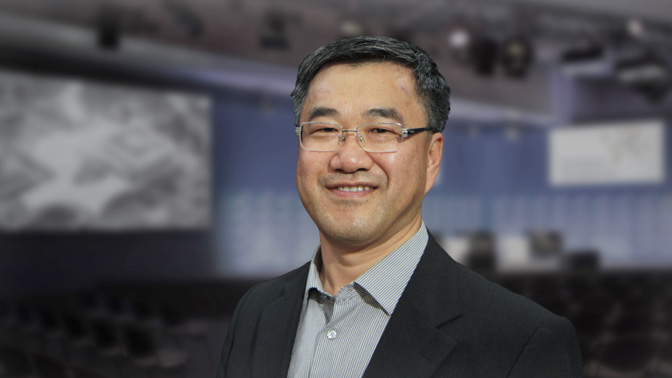