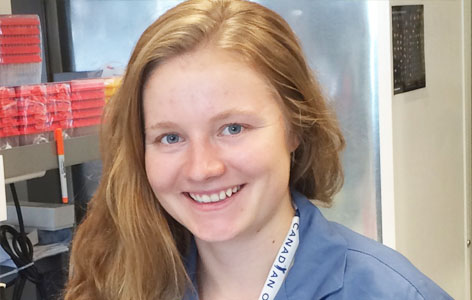 Conference Summary: The conference covered a variety of research areas such as developmental biology, pancreatic inter-organ signaling and novel therapeutic strategies for patients living with diabetes. Although beta cells, the insulin producing cells of the pancreas, were the focus of this conference, more research is emerging on other islet cells such as the glucagon producing alpha cells. Experts in developmental biology presented on both embryonic and post-natal pancreas development, and associated changes occurring within beta and alpha cells at this time. Speakers at the conference showed that the basal insulin secretion and architecture of the neonatal pancreas, which originally resembles that of the mouse with a central beta cell core, changes during adulthood. Several speakers presented novel techniques and approaches to better understand these developmental changes that occur from a neonate to adult, providing insight into the signaling pathways and mechanisms involved in islet maturation and intracellular communication.

In addition to discussions of beta and alpha cell development, there was a strong focus on translating current research into the clinic for diabetic patients. For example, contrary to what was previously believed, some individuals who have been living with type 1 diabetes for many years still have residual beta cells within their pancreas. Researchers are now trying to characterize these remaining beta cells and identify novel methods to prevent further beta cell apoptosis. Other therapeutic options for diabetic patients that were discussed focus on using pluripotent stem cells to generate beta cells in vitro. Current efforts in this area are directed towards improving differentiation protocols as well as enhancing the encapsulation method for transplantation.

Overall, this conference contributed to advancements in islet biology and novel therapeutic strategies for patients with type 1 and type 2 diabetes, while fostering new collaborations between scientists involved in both the developmental and clinical aspects of diabetes research.