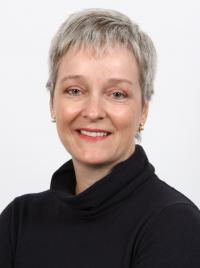 Dr. Buys is actively involved in numerous professional organizations. In 2018, she was elected the 68th President of the Canadian Ophthalmological Society (COS) and has been a Board Member of the COS since 2010. She is presently the Past President of the COS. Other leadership positions include President of both the Toronto Area Glaucoma Society (2001-2) and Canadian Glaucoma Society (2007-9). She is currently on the Editorial Board for the Journal of Glaucoma and was the past Glaucoma section editor for the Canadian Journal of Ophthalmology.

Dr. Buys has been involved in guideline development including the COS evidence-based Clinical Practice Guidelines for the Management of Glaucoma in the Adult Eye (2009), the COS policy statement on Medical use of Marijuana for Glaucoma (2010) and Medical use of Cannabis for Glaucoma (2018), a guideline for Interprofessional Collaboration in the care of Glaucoma Patients and Glaucoma Suspects (2011), Screening for Open-Angle Glaucoma guideline for family physicians (2015), and A Practical Guide to the Pregnant and Breastfeeding Glaucoma Patient (2020). She has been a principal investigator on many research endeavors, and has published over 170 peer-reviewed scientific papers, 16 invited editorials and 10 book chapters. Dr. Buys has made over 500 presentations at meetings and symposiums across North America and internationally.

As an educator, Dr. Buys designed and implemented a unique and comprehensive introductory course for ophthalmology residents at the University of Toronto. In recognition of Dr. Buys' pioneering work in course development, she received the Toronto Hospital Anderson Award in 1998, and the University of Toronto Clive Mortimer Postgraduate Teaching Award in 1999. From 2013-18, Dr. Buys was the Chair of the Annual Meeting Planning Committee of the Canadian Ophthalmological Society (COS). Dr. Buys developed and organized the Women in Ophthalmology symposium at the Canadian Ophthalmological Society from 2012-2018. In 2018, Dr. Buys received the Champion for Change award from Women in Ophthalmology at the World Ophthalmology Congress. From 2014-16, Dr. Buys was on the Planning Committee for Glaucoma Subspecialty Day at the American Academy of Ophthalmology (AAO) and in 2015 received the Achievement Award from the AAO. In 2019, Dr. Buys was accepted to the American Society of Ophthalmologists with her thesis entitled Influence of age, sex, and generation on physician payments and clinical activity in Ontario, Canada: An age-period-cohort analysis.

Dr. Buys’ research interests are focused in the area of glaucoma and more specifically include studies of:

For a list of Dr. Buys's publications, please visit PubMed or Scopus.