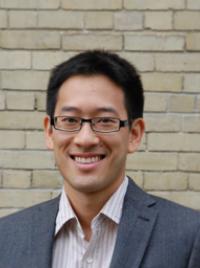 Timothy Chan is the Canada Research Chair in Novel Optimization and Analytics in Health, an Associate Professor in the department of Mechanical and Industrial Engineering and the Director of the Centre for Healthcare Engineering at the University of Toronto. He received his BSc in Applied Mathematics from the University of British Columbia (2002), and his PhD in Operations Research from the Massachusetts Institute of Technology (2007). Professor Chan was an Associate in the Chicago office of McKinsey and Company, a global management consulting firm (2007-2009). During that time, he advised leading companies in the fields of medical device technology, travel and hospitality, telecommunications, and energy on issues of strategy, organization, technology and operations.

He received the George B. Dantzig Dissertation Award from INFORMS (2007), an Early Researcher Award from the Ministry of Economic Development and Innovation of Ontario (2012), an Early Career Teaching Award from both the U of T Department of Mechanical and Industrial Engineering (2012) and the U of T Faculty of Applied Science & Engineering (2013), second place in the INFORMS Section on Public Programs, Service and Needs best paper competition (2012), and first place in the MIT Sloan Sports Analytics Conference research paper competition (2013). His research has been featured by the CBC, CTV News, the Toronto Star, and Canadian Business magazine.

Professor Chan’s primary research interests are in optimization under uncertainty and the application of optimization methods to problems in healthcare, medicine, global engineering, sustainability, and sports.

For a list of Dr. Chan's publications, please visit PubMed or Scopus.