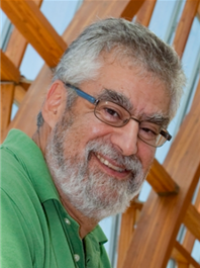 The central theme is that biomaterials and biomaterial based devices (e.g., cell microcapsules, tissue engineering scaffolds) are agonists of biological responses. These responses include thrombosis, inflammation, immune responses, matrix remodelling, angiogenesis, wound healing; i.e., all aspects of a host response to an implanted material or device. The material is an agonist, much like small molecule drugs. However, the materials are 3-dimensional objects acting across an interface so that the mechanism of action is more complex and our understanding of what is happening is more rudimentary than it is for small molecules. Hence, our challenge is to translate what is known about biological mechanisms with small molecule agonists into a picture of what is occurring with the biomaterial.

Special emphasis is given to Tissue Engineering and Regenerative Medicine, and particular applications are described below. For example, growing a capillary bed is a critical step towards growing large tissue structures -- such as an entire organ -- since diffusion limitations require cells to be within one hundred microns of a blood supply. Similarly, controlling the host response to a tissue construct is an important aspect of a successful implant.

We continue to be interested in understanding the fundamentals of thrombosis associated with cardiovascular biomaterials and we continue to be interested in the microencapsulation and immunoisolation of mammalian cells, a pioneering application of tissue engineering. However, most of our current emphasis is on (a) modular tissue engineering (PNAS 103, 11461-11466 (2006)), a novel means of creating vascularised constructs using endothelial cell seeding, and (b) understanding and controlling the host response to biomaterials and implanted biomaterial based devices. Regarding the latter we are particularly interested in some novel therapeutic polymers (Theramer), which are polymers that have therapeutic effects but without any immobilized, entrapped or released pharmacological agent(s). Initial materials of this class are those that are angiogenic and those that sequester matrix metalloproteinases, the latter of particular interest in the healing of chronic wounds.