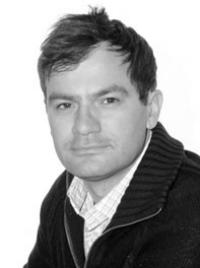 We have recently identified a novel post-transcriptional mechanism of gene regulation of PTEN mediated through competitive interaction of cellular RNA molecules. These findings have opened a new field of study which embraces the notion that all cellular RNA molecules (coding and non-coding) have the ability to compete for microRNA binding and thereby mediate their relative functions in trans. Future studies include functional analyses of the non-coding transcriptome, its aberrant regulation, and the consequences for human disease and cancer.

We also have a keen and ongoing interest in the generation of innovative genetically modified mouse models. The design of such models is aimed to elucidate and faithfully model the genomic alterations leading to disease and cancer for the purpose of preclinical studies.

Finally, working closely with Dr. Mark Minden, we are intensely investigating the genetic alterations and molecular mechanisms that underlie the pathogenesis of human leukemias, with the aim of identifying potential targets and novel strategies for disease prevention.

For a list of Dr. Salmena’s publications, please visit PubMed, Scopus or ORCID.