Home page Description:
The Krembil’s computational neuroscience reputation is growing with its expertise in the field. 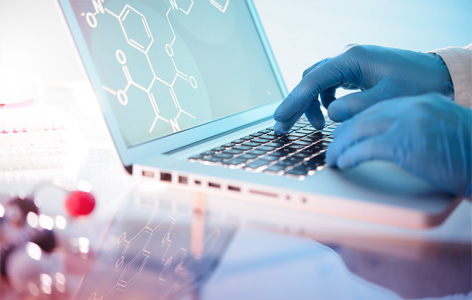 Image Caption:
The development of cutting-edge computing technology has revolutionized life sciences research. For example, it has streamlined drug discovery by enabling researchers to rapidly screen databases of compounds and identify new drugs.
Computational biology is a field of study in which researchers use mathematics and computer technology to analyze large datasets and explain complex biological processes. There is a growing demand for computational biologists because of the increase in the number of large datasets generated by neuroimaging and other advanced methods. In response to this demand, the Krembil Research Institute (the “Krembil”) has been expanding its expertise in the field, particularly in computational neuroscience—applying computational power and mathematics to answer questions about the brain.

Last year, recent recruit and Krembil Scientist Dr. Jérémie Lefebvre published a study in the prestigious Journal of Neuroscience. In that study, he used computational techniques to shed light on how a brief series of treatments with electrical stimulation can cause lasting behavioural improvements in people with neuropsychiatric disorders such as major depression and Parkinson disease (story link). Also in 2016, Krembil Senior Scientist Dr. Frances Skinner and colleagues published in the journal eNeuro. In that study, they developed computer models that simulated the electrical characteristics of cells in the hippocampus—a brain region involved in memory (PMID: 27679813). Using their models, they were able to make predictions about how these cells work.

Another highlight in 2016 was the first-ever Toronto Computational Neuroscience Workshop, which was co-organized by Drs. Lefebvre, Skinner and Taufik Valiante. This event raised awareness of current trends and facilitated new collaborations among basic, clinical and computational researchers.

To enhance the Institute’s computational biology capacity, the Krembil Foundation has donated a generous gift to develop dedicated lab space on the fourth floor of the Krembil Discovery Tower (4KD489). The new space will feature Principal Investigator offices, workstations and collaborative space, facilitating the Institute’s continued expansion in this area.

As computational biology principles and methods can be applied to any discipline, this enhanced expertise will support the Krembil’s mission to become a world leader in neuroscience, arthritis and vision research.