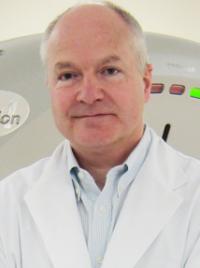 Professor Murphy graduated in 1986 from the Royal College of Surgeons in Ireland, completing residency and a neuroradiology fellowship at the University of Michigan, and an interventional neuroradiology fellowship at the University of Geneva. He was then recruited by Johns Hopkins University to lead the division of Interventional Neuroradiology from 1998 to 2008. He has started six medical device companies, two in France and four in the US. He has authored over 165 peer-reviewed publications, published several textbooks and mentored over 50 residents and fellows. He was the Scientific Chair of the Annual Society of Interventional Radiology (SIR) meeting in 2010 and a recipient of the SIR innovator of the year award in 2015.

At UHN, Professor Murphy is tasked with mentorship of clinical faculty at the Techna Research Institute and developing a culture of innovation, incubation and entrepreneurial behaviour in the Techna faculty. His devices are used 60,000 times per year worldwide. His hobbies include medical device development, race car driving and taking things apart. He is Editor in Chief and founder of the multimedia radiology education platform www.medlantis.org.

For a list of Dr. Murphy's publications, please visit PubMed or Scopus.