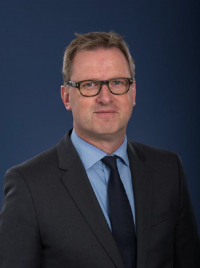 Harry L.A. Janssen is Professor of Medicine at the University of Toronto, Ontario, Canada, where he holds the Francis Family Chair in Hepatology. He currently works at Toronto General Hospital as Chief of Hepatology and Director of the Toronto Centre for Liver Disease, the largest Liver Clinic in North America.

Professor Janssen graduated from medical school in Nijmegen, The Netherlands. During his study he spent one year as research fellow in Hepatology at the Mayo Clinic. He obtained his PhD in Rotterdam on the role of immune modulating therapy in chronic hepatitis B. Following his training in Internal Medicine in Leiden and Gastroenterology at the Erasmus University in Rotterdam, he returned to the Mayo Clinic for a Research Fellowship in Hepatology at the Center of Basic Research in Digestive Diseases. In 2001 he became a faculty member and in 2006 he was appointed as full Professor of Hepatology at the Erasmus University and Chief of the Section Liver Diseases and Transplantation at the ErasmusMC in Rotterdam. In 2013 he moved to Canada to head the Liver Program at Toronto Western Hospital. In 2016 he merged all three Toronto Liver Programs into the Toronto Centre for Liver Disease, based at Toronto General Hospital, University Health Network.

Professor Janssen has coordinated numerous European and global multicenter studies on the natural history and treatment for chronic viral hepatitis and other liver diseases. He has published more than 470 original peer-reviewed papers and many book chapters. His H-index is 87 (Google Scholar). He has acquired $50 million USD in research funding from many different organizations among which NIH, European Commission, CIHR and NWO. He has received several prestigious international awards and has mentored over 50 PhD students, many of whom have taken leadership positions in the field of Hepatology or Virology. In addition to his longstanding expertise in antiviral therapy of chronic viral hepatitis, he is a leading scientist in the field of vascular disorders of the liver. Professor Janssen is a member of the EASL Guideline Committees for both Hepatitis B and for Vascular Liver Disease. He currently serves as the Vice Chair of the AASLD Special Interest Group (SIG) for Hepatitis B and he is the Global Chair of the International Symposium on Viral Hepatitis and Liver Disease (ISVHLD).

Dr. Janssen has coordinated two lines of research over the last several years.

For a list of Dr. Janssen's publications, please visit PubMed or Scopus.