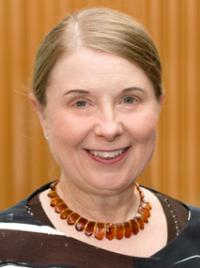 Dr. Shepherd's contribution to the development and conduct of clinical trials is recognized internationally. She was the President of the International Association for the Study of Lung Cancer from 2005-2007. She was a member of the US National Institutes of Health Concept Evaluation Panel for Lung Cancer clinical trials. This body of CTEP (the Cancer Treatment Evaluation Program of the US NCI) was responsible for evaluating and approving all multi-center lung cancer clinical research studies submitted by the large US cooperative groups.

Dr. Shepherd has been instrumental in the design and conduct of research studies evaluating the new targeted agents and anti-angiogenesis agents in lung cancer. She has also undertaken translational research studies in this field. Most recently she has developed several large international randomized trials for some of the novel anti-cancer agents that are directed against the epidermal growth factor receptor and other molecular targets.

Dr. Shepherd has been devoted to collaboration with the basic scientists of the Ontario Cancer Institute to develop a Translational Research Program related to Lung Cancer. She was instrumental in the creation of NCIC trial-associated Lung Cancer Tumour Banks that contain both cancer and normal lung samples. These precious samples will play a critical role in furthering understanding of the molecular abnormalities of lung cancer in the future. It is also anticipated that future studies using these samples will help to identify patients who are most likely to derive benefit from specific therapies.

Dr. Shepherd was the recipient of the Jacqueline Seroussi Memorial Foundation for Cancer Research Award in 2004; the National Cancer Institute of Canada 0. Harold Warwick Award for Research Excellence in 2006; the International Association for the Study of Lung Cancer Research Award in 2007; the Ontario Premier’s Summit Award for Research in 2009, and a Boehringer-Ingelheim Innovation Award in 2010. In recognition of her contributions to cancer research and treatment, she received the Order of Ontario in 2007. In 2012, she won the British Thoracic Oncology Group International Award for Contributions to Lung Cancer, the Royal College of Physicians and Surgeons of Canada Whiteman Award and Visiting Professorship, the Wan Ki Hong Award and Visitinig Professorship, MD Anderson Cancer Center and the University of Texas (USA) and a Queen Elizabeth II Diamond Jubilee medal. Most recently in 2015 she won the 2015  Claude Jacquillat Award for Cancer Research (France). Dr Shepherd has designed and led more than 100 clinical trials over the past three decades, and her studies have changed treatment and outcomes for lung cancer patients at a global level. In recognition of this, in 2015, she was awarded the Dr. Joseph Pater Excellence in Clinical Trials Research Award of the NCIC Clinical  Trials Group.

Dr. Shepherd sits on numerous national and international lung cancer advisory boards, and chairs and/or sits on several data and safety monitoring boards for international lung cancer trials. She has mentored more than 30 post-doctoral research fellows from around the world, many of whom now hold senior academic positions in their home countries. This was recognized in 2013 by a Novartis Canada Oncology Award for Mentorship. She has authored or co-authored more than 450 peer reviewed publications and 35 book chapters.

Dr. Shepherd's major area of research is in the field of clinical trials for lung cancer. She has been instrumental in developing and evaluating combined modality treatment strategies and new treatment modalities at a local, national and international level for patients with both small cell and non-small cell lung cancer.

She has initiated and led several international Phase III studies in collaboration with cooperative groups and institutions all over North America and Europe. She has also been the principal investigator or co-investigator for numerous phase I and II investigational new drug trials in her institution or nationally through the National Cancer Institute of Canada.
Dr. Shepherd was the Chair of the National Cancer Institute of Canada Clinical Trials Group Lung Cancer Site for 19 years, having stepped down in 2009. During her tenure, the group underwent three external reviews, and on each occasion the Lung Cancer Site was been awarded the highest ranking. In that position, she developed clinical trials research in lung cancer at a national and international level.

Under her direction, the NCI-Canada was the lead cooperative group for numerous international inter-group studies in collaboration with the five large cooperative clinical cancer research groups in the United states, as well as with the European Organization for the Research and Treatment of Cancer. An NCIC trial initiated and led by Dr. Shepherd reported that adjuvant chemotherapy after surgery for early stage non-small cell lung cancer can increase the cure rate by an astounding 30%. This trial changed treatment for patients with this cancer world-wide.

In addition to the inter-group studies, many other phase II and III lung cancer trials have been performed by the group under her leadership with participation from around the world. NCIC BR.21 evaluated the role of Tarceva in advanced non-small cell lung cancer and attracted participants from every continent of the globe. It is considered a landmark trial as it is the first to confirm a survival benefit for an epidermal growth factor receptor inhibitor in lung cancer.

For a list of Dr. Shepherd's publications, please visit PubMed or Scopus.