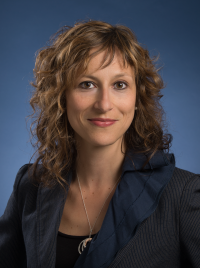 Dr. Ana Konvalinka was recruited in 2015, as a transplant nephrologist and a Clinician Scientist at Toronto General Hospital, University Health Network. She is an Assistant Professor at the University of Toronto. Dr. Konvalinka completed medical studies at the University of Ottawa in 2003. She then completed internal medicine and nephrology training in Toronto in 2008. She subsequently embarked on a PhD in basic science at the University of Toronto. Her PhD thesis addressed the effect of angiotensin II on the proteome of primary human proximal tubular cells, and the relevance of this effect in vivo. Following completion of her PhD in 2013, she went on to complete the clinical kidney transplant fellowship at Toronto General Hospital. Her main clinical and research interests are in antibody-mediated rejection and kidney allograft fibrosis. She utilizes systems biology approaches and proteomics to enhance the understanding of the mechanisms, derive novel markers and to repurpose drugs for treatment of kidney disease. Dr. Konvalinka is the director of the Multi-Organ Transplant biobank for kidney, pancreas and liver transplant programs. She is also the co-director of the Drug Discovery research group. She has received international research awards (the Human Proteome Project (2016), the American Society of Transplantation Faculty-Development Research Grant (2016) and the Advances in Organ Transplantation Award (2015)) and national research awards (Canadian Society of Nephrology New Investigator Lectureship (2017) and the KRESCENT New Investigator Award (2016)).

1. Native and allograft kidney fibrosis represents the final common process of organ failure. Unfortunately, there are currently no effective treatments for kidney fibrosis. The development of novel therapies has been hampered, at least in part, by the lack of early, non-invasive markers of fibrosis. We have identified a group of proteins regulated by a prototypical fibrogenic stimulus, angiotensin II, in kidney cells in vitro and demonstrated that these proteins were involved in kidney fibrosis in vivo. Using mass spectrometry-based assays, we have demonstrated that urine measurements of these proteins reflect kidney allograft fibrosis. We are now examining the ability of our urine fibrosis signature proteins to identify fibrosis early in kidney transplant recipients. We are also studying the mechanisms of regulation of these fibrosis signature proteins. Agents that inhibit these proteins may represent new potential treatments of kidney disease.

3. Male sex has been associated with increased risk of progression of kidney disease, but the mechanisms underpinning this phenomenon are poorly understood. We have recently discovered that male sex hormones affect metabolic enzymes in kidney cells and may result in maladaptive changes in the kidney. Interestingly, male kidney cells demonstrate alterations in metabolism, compared to female kidney cells and these alterations are further accentuated by male sex hormones. We are now investigating how sex hormones and sex of the cell affect metabolism and whether we can modify the maladaptive changes in male cells through manipulation of metabolism.

For a list of Dr. Konvalinka's publications, please visit PubMed, Scopus or ORCID.