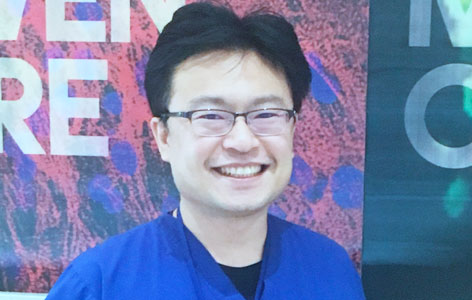 I presented during the BIOS photodynamic therapy (PDT) session. Surgical resection is the standard of care for patients with lung cancer as well as other types of cancers. However, some patients don’t undergo the operation due to comorbidities. PDT is an existing and promising alternative. A number of clinical studies are underway to compare the efficacy between surgical resection and PDT; these studies are focusing on comparing survival, tumor local control and rate of recurrence. Currently, photosensitizers for PDT carry the potential risk of skin phototoxicity. To address this concern, new photosensitizers have been developed. Some researchers presented their findings on the safety and feasibility of these novel photosensitizers using animal models. Also explored at the conference was the potential synergistic effect of PDT when combined with standard therapies, such as chemotherapy or immunotherapy. Recently, immunotherapy has been gaining popularity and is being used in patients with advanced stage lung cancer—and oncologists engaged in the treatment of lung cancer were very interested in this emerging PDT and immunotherapy combination therapy.