Home page Description:
The latest developments in the field of epigenetics. 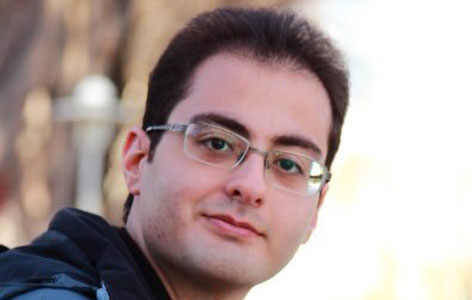 Conference Highlight: The Barbados Workshop on Cancer Epigenetics gathered experts in a variety of fields related to cancer epigenetics, including computational epigenomics, metabolics of epigenetics and histone biology, providing a unique educational for all—especially the research trainees.

Conference Summary: The effect of metabolic pathways on cancer epigenetics is an emerging topic that was covered by several speakers. Dr. Genevieve Deblois, a postdoctoral fellow in the Lupien Lab from Princess Margaret Cancer Centre discussed her discovery of a decrease in levels of the universal methyl donor (S-adenosyl methionine) in triple-negative breast cancer cells which are resistant to paclitaxel. This leads to decreased levels of DNA methylation, but interestingly increased levels of histone methylation. Dr. Kathryn Wellen from the University of Pennsylvania discussed her team’s findings on the sensitivity of histone acetylation levels to cellular acetyl-coA. Her results suggest that the histone code, which is a major controller of gene regulatory networks, could be reprogrammed according to concentrations of functional group donor molecules.

Another interesting topic was on mutations in IDH1/2, which affect alpha-KG-dependent enzymes such as TET and KDM, which in turn affects both DNA and histone methylation. Dr. Martin Hirst discussed the ability of vitamin C to favour the conversion of methylcytosine to hydroxymethylcytosine. Vitamin C is able to revive the effects of IDH/TET mutations on DNA methylation.

One of the fascinating talks in the conference was by Dr. Emily Bernstein, who discussed the importance of several less-studied histones such as MacroH2A and H2AZ in melanoma. MacroH2A loss is concomitant with promoter hypermethylation and its increase rescues the tumourigenic phenotype, while knockdown of H2AZ affects colony formation of melanoma cell types in vitro.

Many of the speakers discussed their challenges in identifying histone modification signals properly from ChIP-seq data. Dr. Guillaume Bourqe from McGill University introduced a novel supervised approach for identifying peaks from ChIP-seq data, where the user manually annotates their expected signals in a few genomic windows, and the software learns to identify proper peaks across the genome. The software, developed by Toby Hocking, has a higher accuracy than available tools and is published in Bioinformatics (https://doi.org/10.1093/bioinformatics/btw672).