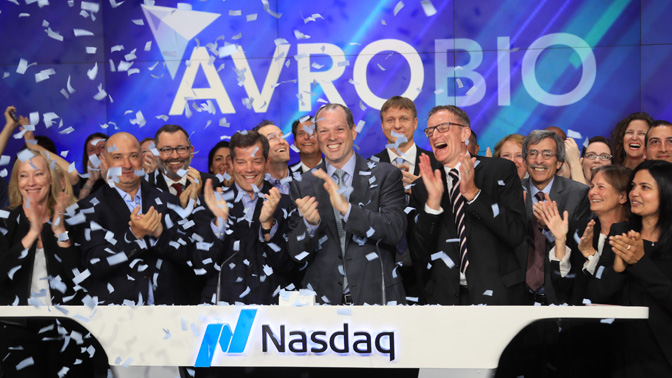 Image Caption:
On July 9, 2018, AVROBIO President and CEO Geoff MacKay (centre) led a team of AVROBIO’s employees, investors, board members and partners, including Mark Taylor and Dr. Christopher Paige from UHN, in the closing bell ceremony in celebration of the public listing of AVROBIO on the NASDAQ stock exchange.

The University Health Network (UHN)’s spinout company AVROBIO recently raised more than US $100 million in an initial public offering (IPO) on the NASDAQ stock exchange. Less than one month after the announcement, the company has a market cap of greater than US $651 million.

The company, which was founded based on the work of UHN researchers Drs. Christopher Paige (Senior Scientist) and Jeffrey Medin (now at the Medical College of Wisconsin), leverages cell and gene therapy platforms for cancer and rare diseases.

“Researchers have made rapid progress in the ability to alter gene expression patterns in cells, and to use those modified cells to influence the course of disease,” says Dr. Paige. “These findings are opening up new therapeutic approaches across a wide spectrum of unmet health needs.”

“The founding of AVROBIO and now its IPO launch are excellent examples of how investing in basic science, translational and clinical research can get these much needed innovations to patients in the shortest time possible,” explains Dr. Brad Wouters, Executive Vice President, Science and Research at UHN.

AVROBIO’s IPO was well received by the investment community with significant participation by high quality institutional investors. The IPO follows several previous rounds of financing—resulting in over US $90 million invested, including a US $60 million Series B raise.

AVROBIO is trading under the NASDAQ ticker symbol “AVRO”. 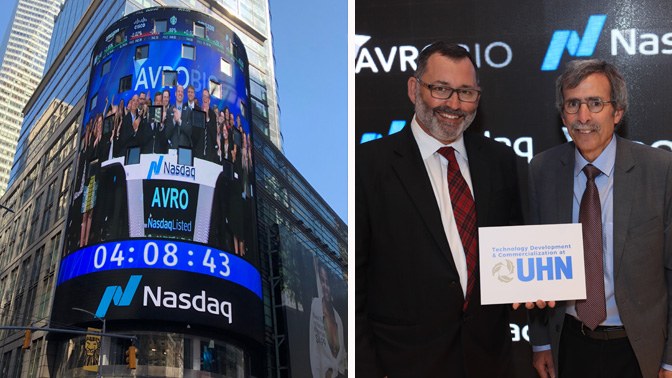