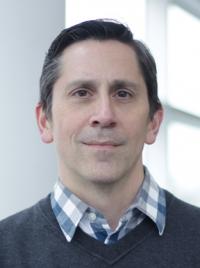 Dr. Bray has over 20 years of experience in drug discovery, preclinical drug development and research project management in environments ranging from entrepreneurial start-ups to large biotech. His background and interests lie in cancer research with a focus towards development of novel therapeutics for cancer and inflammatory diseases.

Since 2012, Dr. Bray has directed all activities of the multi-disciplinary drug discovery and development team at UHN's Campbell Family Institute for Breast Cancer Research (CFIBCR). Under his leadership, multiple drug programs have been progressed from discovery to clinical trials including ENMD-2076, CFI-400945, and CFI-402257. The extensive portfolio of clinical and early stage assets developed by CFIBCR are now being spun out into multiple ventures including Toricon Therapeutics, where Dr. Bray is a Founder and Chief Scientific Officer.

Dr. Bray originally came to the Ontario Cancer Institute, Princess Margaret Hospital in 1996 as a postdoctoral fellow, where he invented combinatorial protein library technology that formed the basis of UHN spinout biotech company Molecular Templates, Inc. Next, he joined the Amgen Research Institute (ARI) in 1999, and until 2002 acted as scientific liaison between the UHN-based ARI and Amgen, Thousand Oaks CA, responsible for identifying, initiating and leading early stage discovery programs into therapeutic development. After Amgen negotiated out of its contract with the UHN in 2002, Dr. Bray co-founded the biotech startup Miikana Therapeutics along with Tak W. Mak and Gail Eckhardt, and was Director of Research until Miikana was acquired in 2006 by Rockville, MD based EntreMed, Inc (now CASI Pharmaceuticals). Dr. Bray was Vice President, Research for EntreMed/CASI, from 2007 - 2012 before leaving his position to lead the CFIBCR Therapeutics Team.

For a list of Dr. Bray’s publications, please visit PubMed, Scopus or ORCID.